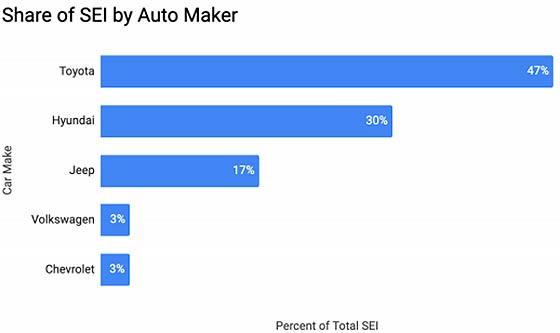 TV ads for Toyota and the new “Joker” movie made the biggest impact with consumers during last week’s Chicago Bears and Green Bay Packers NFL game on Thursday night.

Entertainment Data Oracle (EDO), a TV analytics platform, scored every ad airing during the 2019 NFL Kickoff game, then ranked them based on the incremental search activity above the baseline generated by each ad.

“First, the NFL audience skews slightly male, in line with the male skew of new car buyers,” Krim tells Marketing Daily. “But football is also the most popular sport for women, by a wide margin, and women are heavily involved in new car purchase decisions. Second, overall NFL viewers tend to be lighter TV viewers than average, so this is where autos can find their audience on TV.”

“The NFL provides for the ultimate live viewing experience — not only are the ratings huge, but advertisers and sponsoring brands benefit tremendously from the passion of the fan base and the huge level of engagement that viewers have with the games while watching them live,” Krim says.

With a Search Engagement Index of 3,513, the top-performing ad in the NFL Kickoff was the trailer for the upcoming film “Joker,” which generated more than 35 times as much online activity as the median NFL Kickoff game ad in the minutes after the spot aired.

Movie trailers held four of the top 10 spots for this game, with spots for “IT Chapter Two”coming in 5th and 6th, while a trailer for “Ad Astra” was 8th. Amazon and Netflix also had ads for big series that placed 3rd and 14th respectively.

Automotive ads also performed well in the top 10, with Toyota, Jeep, and Hyundai securing 2nd, 4th and 10th rankings respectively. Toyota saw success with the same Toyota Supra "Pinball Wizard" spot that won the Super Bowl LIII ad ranker, while the new Jeep Gladiator spot had a strong debut. The Hyundai spot featuring the Palisade was one of five Palisade ads that aired during the game.

Toyota’s alignment with the NFL via key sponsorships is certainly a driver, as the brand was clearly among the top three NFL TV advertising spenders in 2018, says Steve Shannon, a veteran auto executive and EDO advisory board member.

“This explains some of their Search Engagement Volume leadership, however, when you look at how much SEV their spots drive per dollar or per impression, their performance is especially impressive,” Shannon tells Marketing Daily. “This is largely the result of the equity in the Toyota brand, and the impact of their creative.”

Given that entertainment and automotive tend to dominate these rankings, it is notable that the Top 10 included Papa John’s new Better Day campaign featuring Shaquille O’Neal at 7th and a spot for the new Apple Card at 9th.