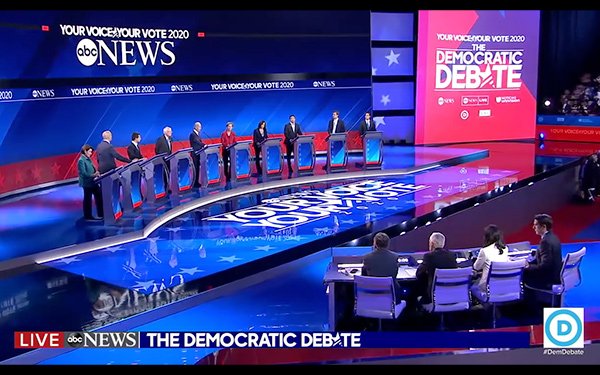 The third Democratic Presidential debate event, which aired ABC on Thursday, pulled in a Nielsen preliminary 12.9 million Nielsen viewers -- the best results so far for an individual network in the debate series.

ABC says it recorded a Nielsen 2.1 rating in adults 18-49 and a 2.9 rating in adults 25-54, according to the media company’s “fast national” ratings. Univision, which also aired the debate, averaged 1.1 million Nielsen viewers.

In comparison, CNN -- which aired the second Democratic debate in July, a two-night event -- pulled in 8.69 million viewers on the first night and 10.77 million for the second night.

NBC networks, which aired the first debate in June, scored 8.68 million viewers for the first night and 10.58 million for the second night.

When adding total coverage by NBC networks -- NBC, MSNBC and Telemundo -- this amounted to a total of 15.3 million viewers for the first night and 18.1 million for the second.

Digital viewing of the NBC event averaged 9 million unique viewers for each of the two nights of debate. CNN earned 2.8 million uniques on the first night of the debate and 3.1 million on the second night.