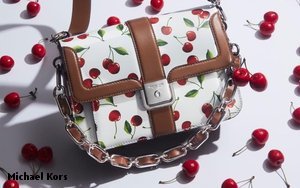 ListenFirst says the designer dominated social conversations with a fan growth of 53% in social media channels, generating 11.4 million content responses. The two most-viewed social media posts of the shows both came from the brand’s Facebook page, showing off cherry-festooned and picnic-themed handbags. Its content generated 14 times more engagement with fans than last year.

Ralph Lauren came in second. ListenFirst says this year’s “Ralph’s Club" concept, staged inside a1920s jazz club, was a hit, but that the top-performing content was an Instagram photo of the designer and his wife at the show, both in tuxedos.

Building buzz was perhaps even harder this year, as New York Fashion Week continues its struggle to stay relevant. The Council of Fashion Designers of America, addressing complaints that the event included too many shows over too many days, compressed the schedule this year to five days, down from seven.

Fashion fans also responded to content stressing diversity. An Instagram photo of a plus-size model in Savage X Fenty's military lingerie was its best-performing post. And for Christian Siriano, an image of plus-size (and pregnant) model Ashley Graham got the most attention. Kate Spade earned engagement for featuring a 65-year-old blogger as a model in its show. And fans loved that trans actor Laverne Cox strutted her stuff for Rihanna.