The Freshness Fulcrum: How Stores Are Beating E-Tailers 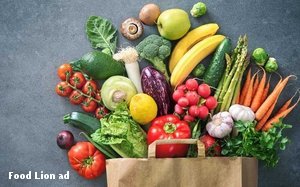 Retail experts have long known that passion for fresh foods — the ripest peach or a perfectly-marbled steak – is a primary stumbling block for online grocery sales.

But new data from Nielsen reveals just how big that advantage is for brick-and-mortar stores — an advantage growing faster than most online retailers would like to admit.

Amid a backdrop of fairly flat grocery spending, Nielsen reports that Americans spent 5% more on seafood in supermarkets than last year, 4.9% more in deli departments and 4.2% more in bakery sections.

By comparison, spending increased just 1.7% in frozen, 1.5% in health and beauty care and less than 1% more in the dairy aisle.

There’s no denying Americans are quickly stepping up their online food shopping, with ecommerce accounting for almost one-third of the total growth. A recent analysis from Brick Meets Click, a Barrington, Illinois-based retail consultancy, finds that online grocery sales climbed 15% in the last year, and now account for some 6.3% of total grocery spending. The consultancy says those gains are powered primarily by the fast-growing offers of brick-and-mortar stores, and now include 25% of all U.S. households.

But the Nielsen data finds that online shopping makes people hungrier for in-store excursions. It reports that people who do at least some shopping online spend about 1.5% more on fresh foods in-store than people who don’t.

And the stores that are the savviest about their perishables are cleaning up. When Nielsen broke out sales by departments, the best-performing stores in its research collected 43% of sales from fresh foods, compared to a 32% average for all stores. Produce and deli accounted for most of the sales, with meat playing a surprisingly small role.

Nielsen also found that top-performing stores are more on top of health and wellness trends, such as plant-based meat alternatives. And they even win on merchandising fresh options in more appealing ways, significantly outselling average performers in avocados, tomatoes, herbs, berries and apples.

The research also confirms a 4.9% uptick in vegetable sales, led by avocados, up 8%.

But brick-and-mortar stores are likely to face significant challenges, even in perishables. Customers are increasingly flocking to online offers from stores like Walmart, Target, Kroger and most conventional grocers, where they are likely quite familiar with fresh offerings. And specialty ecommerce companies are stepping into the mix. Mercato, for example, provides online ordering and delivery options from high-end independent grocers in 22 states, including many fresh markets.