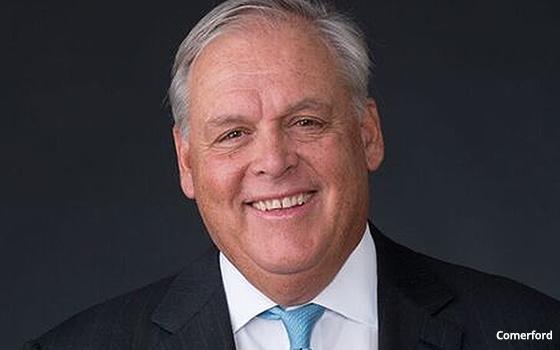 As a number of TV station groups have now joined NBC, recently making the move to using viewer impressions -- shifting from TV ratings to sell advertising -- a top NBC station executive is now emboldened that the group made the right move.

Frank Comerford, the chief revenue officer/president of commercial operations for NBCUniversal Owned TV stations, had been concerned about possibly losing business from media agencies and marketers -- and expressed those concerns about upsetting the “apple cart” in one press report.

In an email exchange with Television News Daily, Comerford now says: “Our decision to use impressions -- which as of last week, we were the first TV group to embrace -- may have risked some of our business. We are not concerned about this anymore.”

After NBC, a number of TV station groups signaled a move to program impressions from TV ratings: CBS, ABC, Hearst Television and Gray Television. In addition, some media agencies have said they would also make the change to viewer impressions.

Among other things, Comerford said shifting to impressions helps TV stations track all viewing of their content in a fractionalized media industry.

For a long time, TV stations asked for -- but could not get -- similar commercial ratings from Nielsen, something national TV networks have had since 2007. Those commercial ratings have been important to marketers in measuring viewability of their messaging.

Comerford say moving to impressions will help NBC get closer to that commercial data as well: “Our shift to impressions from rating points does not change our measurement environment. Program impressions, utilizing break averaging, will give us a fair approximation of commercial impressions.”

As to what kind of improvement would be seen in revenue, Comerford would not offer specific details, saying only that “it allows us to recapture the measurement of viewers as they move to other distribution platforms... to have a more accurate count of our viewers no matter how they watch our content. It also makes it easier for our partners (clients & agencies) to track how their message gets measured.”

All this will help the rise of digital advertising revenues at NBC’s TV stations.

“We expect stations to use these digital revenue streams to provide at least 10% of their total annual revenue. We also expect the rate of increase on this digital revenue will continue to grow and be the majority --  if not all of our ad revenue as television and digital converge.”

While viewer impressions have not been the basis for making local TV deals for many media agencies with TV stations, many have used impressions as a guide for deals.

Still others say they have been directly making deals on viewer impressions for some time.

The Television Bureau of Advertising, the trade group for U.S. TV stations, is urging an industry-wide change to viewer impressions-based advertising deals by January 2020.