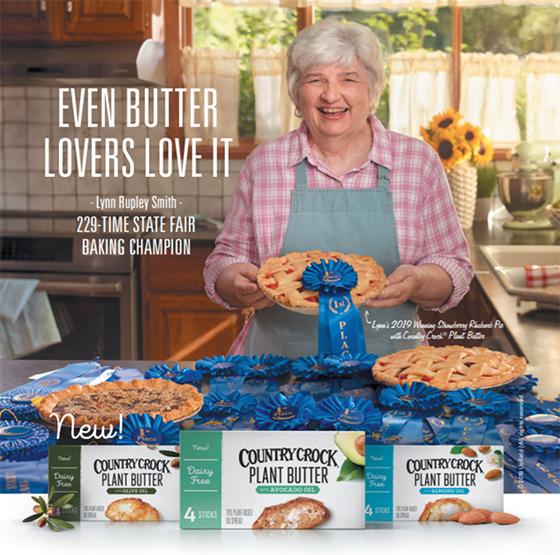 "The approach is not to start at vegans and build up because we want to reach everyone everywhere," explains Brian Orlando, Chief Marketing Officer for Upfield North America.

The content-driven campaign, developed with Ogilvy, bypasses the typical :30-second broadcast spot based around one storyline to instead develop an array of narrow-casted ads.

This influencer/real person creative is designed to reflect the "authenticity" of the product, says Orlando. "If we were less than confident we might have leveraged celebrities to fill a void, but we have a very strong product. The idea is this is for butter lovers and by not featuring a major celebrity, we are embracing more relatable consumers."

The media strategy is similarly designed to have a "broad reach," says Orlando. The plan is heavy on digital targeting and influencers, as well as across baking and cooking verticals, in order to "get closer to the consumers and enable a back-and-forth," he says.

One interesting choice in development was the decision to name the product "plant-based" based on its "larger reach" over vegan which is seen as "not as inclusive," explains Orlando. "This is just for people who want their own choice if they seek alternatives and maybe want to be healthier."

Orlando predicts this butter will expand market share and he isn't afraid of cannibalizing his core Country Crock audience. "This new product isn't to encourage people to switch to a different product. Country Crock has a large and loyal fan base and will always continue to do so."