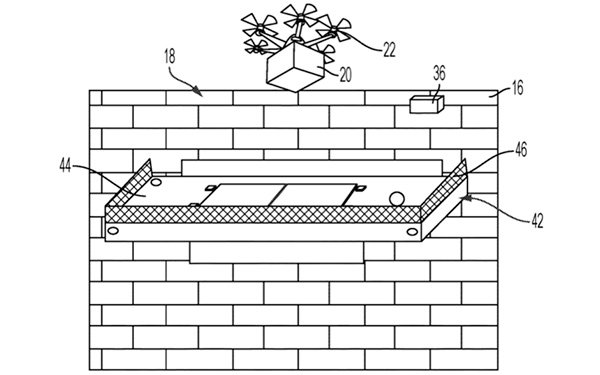 Walmart is looking at the idea of how a package actually gets delivered to a location by drone.

The retail giant just filed a patent application for a system for retrieving a package delivered by an Unmanned Aerial Vehicle (UAV) or drone.

The structure would include a trap door configured to open and close an opening leading to a transport system.

The receiving structure could be on a house, a residential building, an office building or a factory building, according to Walmart.

The drone would land on the platform and drop off a package.

Now Walmart is considering the details of how an actual delivery would occur.