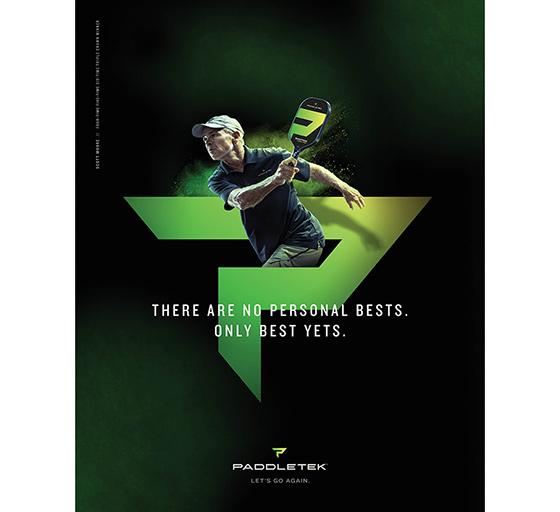 Apparently Pickleball is a thing. And there are challenges to marketing the sport, which is said to combine tennis, badminton and ping-pong.

Agency Young & Laramore (Y&L) has taken up the challenge and sums it up this way: “With a name like Pickleball, our approach was as much about legitimizing the sport as anything."

This week, Pickleball gear marketer Paddletek is revealing its new campaign—via AOR Y&L--designed to reposition the company, the game and its odd name, which apparently was inspired in part by a dog named Pickles.

"We’re seeing insane growth among young, competitive players, and as the leading paddle manufacturer, we needed to evolve our brand image to match the new level of athleticism," explains Noah Kaplan, vice president of sales and marketing, Paddletek. "The new era of Paddletek is here, and we’re excited to keep pushing the sport forward.”

The campaign seeks to recognize and celebrate the game's athleticism. The “Let’s Go Again” tagline reflects a common phrase on the court and elite pros are featured prominently, all to reinforce the idea that the "best of the best rely on Paddletek to take their Pickleball game to the next level."

This makeover — timed to coincide with the USA Pickleball National Championships November 2-10 — includes a new brand identity and logo, paddles/packaging, print materials, and social media outreach. A newly relaunched website makes it easier for consumers to find the right paddle by highlighting the technology behind each model.

It remains to be seen if the campaign will alter the game's perception, Kaplan gives Y&L an A for effort. The agency overhauled the brand to "position us as the market leader we’ve always been," says Kaplan. "It’s cool. It’s colorful. It’s right for the sport. And it really all comes back to improving the game for players."