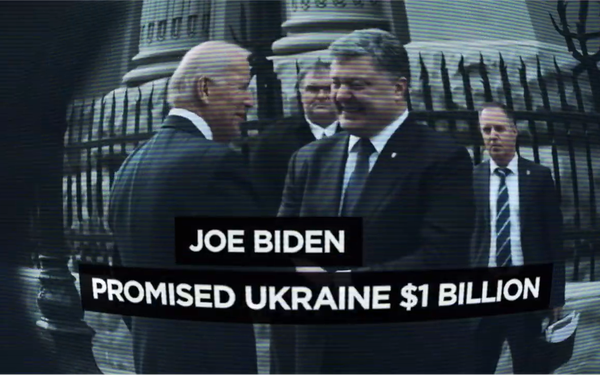 After the 2016 presidential election, Facebook came under fire for allowing propaganda by Russian trolls to proliferate on the platform.

The company has since taken steps to limit foreign interference in elections, but hasn't come close to solving the problem of fake news in political ads.

CNN refused to run the same ad, but versions of it appear on other outlets, including YouTube, Twitter and Fox News.

The Biden campaign recently asked Facebook to remove the ad, according to The New York Times. Facebook refused, citing its “belief in free expression, respect for the democratic process, and the belief that, in mature democracies with a free press, political speech is already arguably the most scrutinized speech there is,” according to The New York Times.

“We don’t believe ... that it’s an appropriate role for us to referee political debates and prevent a politician’s speech from reaching its audience and being subject to public debate and scrutiny,” Clegg wrote. “This means that we will not send organic content or ads from politicians to our third-party fact-checking partners for review.”

Some critics want Facebook to rethink this approach. Democratic contender Sen. Elizabeth Warren is among those who have criticized the company for allowing Trump to spread falsehoods in his ads.

“They’re allowing Trump to spend over $1 million a week right now for ads on their platform -- including ones that air the same lies that TV stations won't,” she tweeted this week.

It's worth noting that questionable political ads predate the current social media landscape. For instance, in 2004, the group “Swift Boat Veterans for Truth” ran ads attacking the military record of Sen. John Kerry, the Democratic candidate for president, on TV stations in Ohio, West Virginia and Wisconsin.

Even if Facebook reverses course and decides to begin vetting ads, it's not clear that would stem political propaganda on the site -- especially given the company's prior fact-checking efforts, which have proven problematic at best.

Just last month, the company capitulated to conservatives by overruling outside fact-checkers -- all medical experts -- who flagged an anti-abortion video as false. That video incorrectly stated that abortions are never necessary to save the mother's life.

The doctors who evaluated the video slammed Facebook for its decision. “Everyone is entitled to his or her views of abortion, but promulgating misinformation about when abortion is medically necessary is dangerous,” they wrote in a Washington Postop-ed.

And last year, the company made the questionable decision to demote a piece by the liberal-leaning Think Progress, based on a fact-check by the conservative Weekly Standard.

With the election still more than one year away, Facebook has time to refine its policies. But whether it has the ability, or even the will, to curb fake political ads remains to be seen.