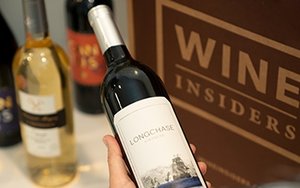 While alcohol-by-subscription sales have shaken and stirred the interest of many D2C-friendly drinkers, Wine Insiders is using a different playbook.

Founded in 1982, it doesn’t think of itself as a disruptor so much as “your corner wine store, but online,” says Louis Amoroso, chief operating officer of Drinks, which bought the brand about five years ago.

It’s not nuts about millennials or subscriptions, for example. Instead, it’s treading a path that Amoroso says makes the most sense for its audience, right down to sticking with ads in Sunday circulars.

“When we bought Wine Insiders, it was sort of an old-world D2C brand, mostly using direct mail. It hadn’t broken into digital or social. So we’ve focused on broadening and expanding. And we try to concentrate on three areas:  convenience, cost and curation.”

Customers can buy by the bottle, the half case or case, and can also choose curated packs, like wines from  Italy or France, or by type, like cabernets. And because it sells directly, prices are lower: “We can sell a wine for $12 a bottle that would cost between $20 and $25 at a retailer.”

The company has been working hard to add Instagram influencers, and that’s paying off in sales.

Despite that strategy, Amoroso says the company isn’t as millennial-obsessed as most alcohol brands. “I know that’s the buzz right now. But in reality, other segments are drinking just as much. So we focus on all the categories. Our oldest customer is 91 and has been ordering from us for 37 years,” he says.

Regardless of age, the preference is for all manner of reds, which account for about 75% of sales, especially cabernet and Bordeaux, as well as rosé.

And to be clear, Amoroso says Wine Insiders does offer subscriptions. “Some people just like the convenience. It’s simple -- they order it once and then don’t have to think about it anymore. Every quarter, a case arrives at your door, and you’re all set.”

But the downside is that once someone cancels a subscription, “it's very hard to get them to continue to buy from you. Converting subscription customers to regular customers is just much harder.”

Earlier this year, Wine Insiders invested in air time on QVC, hosted by Chris Hoel, a former sommelier at The French Laundry.

Amoroso says the company’s been pleased by the sales generated by the QVC investment. “It’s performing very nicely for us.”

In addition to expanding its QVC presence, the company also spends heavily on Facebook ads, plenty of direct-mail ads and Sunday circulars.

Amoroso notes that asking people to refer friends is still one of the company's most effective ways to get new customers. “We ask people to give us 10 friends’ names. They get some free wine for the referral, and we get some of our best customers that way.”

Stiil, the brand’s main appeal continues to be expertise. “There are over 2.1 million wine brands currently registered in the U.S. So when someone walks into Costco or Trader Joe’s or a wine store, they may know they like cabernet and want to spend $15. But all that’s left to go on is the label, since they can't taste the product at the store,” he says.

“But we're helping you select the wine, finding the best product at the best value and delivering it right to your door. And with a 100% satisfaction guarantee, we’re trying hard to make customers happy.”