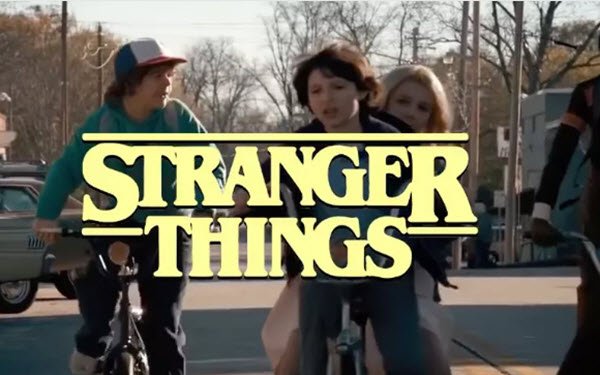 The company’s stock price was up by as much as 10% in after-hours trading following its Q3 earnings report yesterday. It had dropped by about 25% since July, after Netflix missed analysts’ Q2 subscriber growth expectation by 2.3 million and saw its first U.S. subscriber decline since 2011 (down by 126,000).

While the results were significantly better than Q2’s, analysts’ takes on Q3’s performance and its meaning for Netflix and the overall streaming business have been somewhat mixed. (See “Mixed Reviews for Netflix’s Q3 Performance, Outlook.”)

Analysts had projected total growth of up to 9.3 million subscribers (2 million in the U.S., 7.3 million internationally).

Third-quarter subscriber growth was helped by the release of Season 3 of “Stranger Things,” which drew 64 million member household views in its first four weeks — making it the series’ most-watched season-to-date, according to the company. (The Verge points out, however, that the 64 million is based on Netflix counting every household that watches 70% of a single episode — not 70% of an entire season — as a view.) The quarter also saw Netflix's release of the final season of “Orange Is the New Black.”

Netflix attributed the slowed U.S. growth to retention levels that have not having fully rebounded since it raised its rates (the standard plan roe by $2 per month, to $12.99, hitting most subscribers in Q2).

But the price hike also helped drive a 31% year-over-year revenue gain in the third quarter (to $5.25 billion, in line with Wall Street expectations), and earnings per share of $1.47, which exceeded analysts’ average estimate of $1.04.

Third-quarter operating income doubled year-over-year to $1 billion, in Q3, and overall ARPU rose 9%. Netflix’s 18.7% operating margin for the period exceeded its prior guidance (due to “timing of content and marketing spend, which will be more weighted to Q4”).

For the fourth quarter, Netflix is projecting consolidated YoY revenue growth of 30%, including 9% ARPU streaming growth.

The company said it’s on track to achieve its full-year 2019 operating margin goal of 13%, and is targeting an increase of 300 basis points in operation margin for 2020, “consistent with the annual margin improvement we’ve delivered each year since 2017.”

However, it is now projecting 7.6 million global net paid additions (including 600,000 U.S. and 7 million internationally) for the fourth quarter, which would bring 2019’s total increase to 26.7 million, down from 28.6 million in Q4 2018. Netflix had previously forecast that 2019 subscriber growth would be up year-over-year.

Netflix attributed the change in short-term outlook to “less precision” in its Q4 forecast ability due to several new original content launches, a “minor elevated churn in response to some price changes, and new forthcoming competition.”

That coming competition, of course, includes Disney+ and Apple TV+, debuting next month (both with lower prices than Netflix’s), and NBCUniversal’s Peacock and WarnerMedia’s HBO Max, both set to launch next April.

Netflix acknowledged that reality, but, not surprisingly, sought to downplay potential impacts on its business.

“Many are focused on the ‘streaming wars,’ but we’ve been competing with streamers (Amazon, YouTube, Hulu) as well as linear TV for over a decade,” the company wrote in its Q3 letter to investors. “The upcoming arrival of services like Disney+, Apple TV+, HBO Max, and Peacock is increased competition, but we are all small compared to linear TV. While the new competitors have some great titles (especially catalog titles), none have the variety, diversity and quality of new original programming that we are producing around the world.

“The launch of these new services will be noisy,” the company continued. “There may be some modest headwind to our near-term growth, and we have tried to factor that into our guidance.

“In the long-term, though, we expect we’ll continue to grow nicely, given the strength of our service and the large market opportunity. By way of example, our growth in Canada, where Hulu does not exist, is nearly identical to our growth in the U.S. (where Hulu is very successful, at about 30 million paid memberships)…

“We believe this is due to the big factor of streaming growing into linear TV, plus the fact that streaming video services have mostly exclusive content libraries that make them highly differentiated from one another. In our view, the likely outcome from the launch of these new services will be to accelerate the shift from linear TV to on demand consumption of entertainment. Just like the evolution from broadcast TV to cable, these once-in-a-generation changes are very large and open up big, new opportunities for many players…”