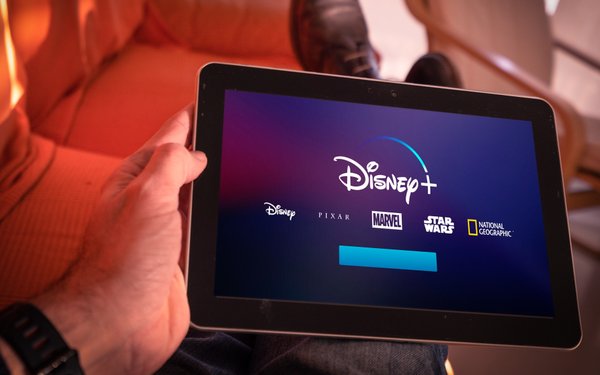 Let the smartphone streaming wars begin! Verizon will give its unlimited-plan customers a free year-long subscription to the new streaming service Disney+ that begins Nov. 12.

That’s a huge boost to both of them.

The formidable new service from The Walt Disney Co. will offer top productions from PIxar and Marvel studios, a new Star Wars production and National Geographic fare as well as entertainment pieces from Disney and 20th Century Fox studios.

Disney+ will be battling established streamers like Netflix and Amazon Prime and also new big-name challengers in the streaming space. But Disney+ has the size to make a major dent.

Wall Street seems to have noticed. On Tuesday morning, Netflix stock -- which opened at $271.56 a share -- lost $9.31 by noon. That was apparently in response to the Disney-Verizon announcement made on CNBC by Verizon CEO Hans Vestberg and Disney's Kevin Mayer, the company's direct-to-consumer chairman.

On the business network, Vestberg said, “ I think this is just up an alley. . . I think it's big for us. We have hundreds of millions of subscribers on our wireless network that are going to get this offer.”

Verizon is locked in a perennial battle with AT&T for wireless dominance, each with between 155 and 160 million subscribers, and because each has roughly the same coverage, they compete largely on the strength of smartphone deals and special phone plans.

Both of them are also checking back increasingly on T-Mobile, the third-largest wireless provider that will become significantly bigger when and if its merger with Sprint, the fourth largest, is approved.

Exclusive goodies like the Disney+ add-on give Verizon a new boasting point. If ordered on its own, Disney+ is priced at 6.99 a month.

Both executives said the companies will aggressively market the one-year-free opportunity.

But AT&T now owns WarnerMedia which is planning it own streaming service, HBO Max, to start next spring. Despite its name, it will offer a lot of Warner Bros movies and TV shows, including the still very, very popular “Friends.”

Robert Greenblatt, chairman of WarnerMedia Entertainment, told Reuters last month that AT&T will offer incentives for customers that will bring them into HBO Max, hopefully right away.

On CNBC, Mayer said the company expects Disney+ to have 60-90 million subscribers by its fiscal 2024, with one third of the total from the U.S. Mayer said “we feel comfortable we’ll hit that” projection. That compares to Netflix's 150 million global subscribers, including 60 million in the U.S.