What People Say About Booze Online Differs From What They Say In Real Life, Report Finds 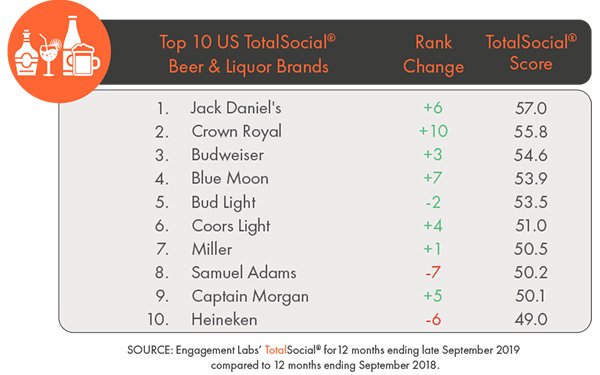 A new report from Engagement Labs  makes the interesting point that what consumers may say about liquor, wine and beer brands “offline” -- that is, in face-to-face conversations -- may be very different from what they say on social media sites online.

“Indeed, there is reason to believe that for the beverage alcohol industry, social media may be a particularly poor predictor of offline behavior,” says a new Engagement Lab report.

One reason, it says, is that some marketers may hold back on social media because of complicated rules within their industries.

But another reason is that “many social media users will be wary of sharing too many posts about alcohol, for fear of implying they have a drinking problem, or simply to avoid the risk of offending friends and family who are confirmed non-drinkers.”

The subject comes up in an Engagement Labs blog because a new report out this month from a competitor, Social Standards, warns brands that consumer interest in alcoholic beverages is down, based on tabulation of online mentions on social media. But Social Standards is only measuring online attention.

Engagement Labs' tabulation of both online and offline conversations -- basically, those are “word of mouth” chats -- reveals that over the last four years, the volume of conversations has held steady for the biggest beer, spirits, and wine brands.

This is despite the influx of so many new craft beers and drinks such as hard seltzer brands like White Claw -- so, "one must conclude that consumer interest is growing, not declining."

The leader in Engagement Labs’ top ten is Jack Daniel’s, but the big climber is Crown Royal. Brands on the wane appear to be Sam Adams, Heineken and Bud Light (despite the Bud Light’s Super Bowl ad that accused Miller Lite of using corn syrup in its beer.)

Its “Dilly, Dilly” ad campaign, which started in August 2017, shows their transformative power. Before those ads, only 7.5% of offline conversations about Bud Light referenced its previous TV ads, but that tripled in just four months after the ads debuted. And Bud Light's sentiment score measuring positive conversations went to a 10-month high, triple what they were before when Bud Light languished in the bottom third of all brands measured.