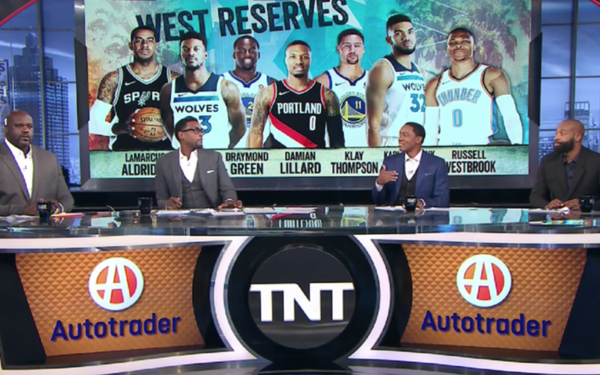 Autotrader is entering its 16th season as a partner with the National Basketball Association.

The deal includes the designation as "Official Car Search Engine of the NBA."

The brand is the exclusive partner of the NBA on TNT Tip-Off Show presented by Autotrader, with at least 34 pre-game shows scheduled to air throughout this season.

Autotrader also will see in-game exposure through the regular season and playoff game broadcasts on TNT and NBA TV, as well as online via NBA.com, reaching millions of fans each week.

“Integrating Autotrader with the NBA has proven to be a very successful marketing strategy for our brand,” Crowley says in a release.

In addition to having a pre-game, in-game and digital streaming presence, for the 14th year Autotrader will support the donation of a vehicle to a deserving recipient via the All-Star Drive Charity Giveaway during NBA All-Star.

This year’s partnership began Oct. 22 with a special two-and-a-half-hour Tip-Off Show presented by Autotrader, followed by a doubleheader. Regular-season NBA games will be broadcast on TNT on Tuesday and Thursday nights through April 2020, with playoff games from April through June 2020.

The Cox Automotive brand debuted a national ad campaign in September, the first work with agency 72andSunny New York. The whimsical spots, which are scheduled to run through November, take the car buying and selling platform’s ad messaging in a more humorous direction.

Highlighting various moments in the history of transportation, the campaign illustrates how simple the car-shopping process can be, and how second-guessing the deal is now a thing of the past, thanks to Autotrader.