In Latest Moves, Ancestry And 23andMe Aim To Change Behavior 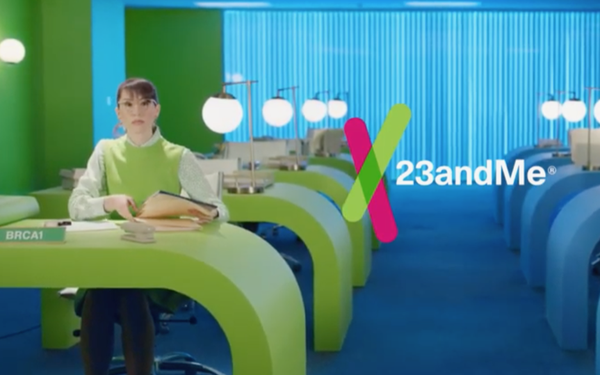 For most people, spit-in-a-test-tube genetic companies still aren’t much more than a Thanksgiving Dinner conversation novelty. People pay $99 to discover, in my case, only the most minor bombshells: I am mostly fake Irish, for example, and sometime way back, we got mixed up with some Russians.

But despite nonstop breakthroughs in genetic science, these companies have never quite delivered on the health breakthroughs many people hoped for. Experts say the spit tests aren’t as accurate as those you might get at a doctor’s office, and results can be hard for people to understand, especially when calculating genetic risks.

Those drawbacks, combined with privacy concerns about how genetic information might be used against customers, have kept plenty of people away.

But now both 23andMe and Ancestry are announcing new initiatives to address these issues.

Ancestry says it is introducing AncestryHealth, a report that comes with personalized health advice based on genetic results. Priced at $149, compared to its basic ancestry tests that cost $99, it includes information on heart disease, hereditary cancers, blood-related disorders, and risks for the carrier status of conditions like Tay-Sachs disease. The Lehi, Utah-based company is also providing wellness reports on nutrition and metabolism.

For those who want more, there’s an upgrade to AncestryHealth Core for $49 (or $199 for new customers), which uses next-generation sequencing technology for more comprehensive screening, addressing more risk categories, as well as greater coverage of DNA differences for each condition.

The company, which has been experimenting with health-related products for years, says its research shows 83% of customers are looking for new ways to improve their health, and 89% think it’s essential for their children to learn about improving their health.

It made its announcement just as competitor 23andMe, which already offers genetic reports delving into conditions like Type 2 Diabetes, colorectal cancer and Parkinson’s disease, went public with new data showing these reports really do make an impact on people’s behavior.

The Sunnyvale, California-based company says 75% of respondents in its research say they’ve taken at least one positive step about their health since getting a 23andme genetic report. About 55% say they’ve cleaned up some eating habits; 45% are exercising more; 42% are getting more sleep and 50% say they are living in a generally more healthy way.

The company has been involved in efforts to create new drugs to manage diseases, including a partnership with pharmaceutical giant GSK.

Last month, 23andMe also announced it was moving into recruitment of subjects for clinical drug trials, partnering with a company called TrialSpark.

So besides lamenting my lost Celtic roots and tapping into my inner Russian, I’m optimistic that one day, these companies will generate reliable information on everything from Alzheimer’s risks to my disdain for cilantro. Let’s hope they start handing out more health information to really change lives.