Why Disney Will Clobber Apple In The Streaming Wars 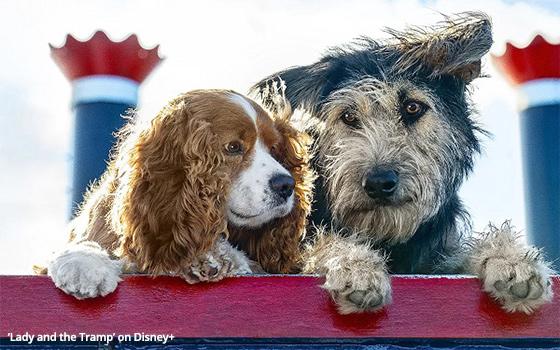 An email arrived Monday from the Disney+ publicity department that provides a full-on illustration of the advantages The Walt Disney Company possesses over a company such as Apple which has no experience or corporate history in the entertainment business.

You might even say Apple has no business, period, being in the entertainment business at all. But that conclusion should not be made at least until the world gets to see the content offerings on Apple TV+, Apple’s new subscription video streaming service launching this Friday (Nov. 1).

Whether “the world” or a tiny fraction of it ever sees Apple’s initial lineup of shows -- consisting at launch of either eight, 11 or even as many as 15 shows -- remains to be seen.

How many shows there will be on Day One is not clear, possibly because the sources for information about Apple TV+ are inconsistent. The service's Web site landing page has 11. Its press site has more -- possibly 15. New shows will supposedly be added each month, but who knows?

One of the TV trades lists eight to start out with. Oh, well -- media relations and its related discipline, communications, are not exactly Apple strong suits.

By contrast, Disney has decades of experience that shows in the way it provides help, guidance, information and all necessary press materials to journalists who cover television.

The email received from Disney on Monday laid out of a number of the A-list originals that are coming to Disney+ (launching Nov. 12) with links to background material, photos and screeners (content available for journalists to watch on-line in advance of their premieres).

With this proactive email, Disney is telling journalists: We are here to help. And we appreciate your interest in this new venture. Naturally, from years of experience in the entertainment business -- both movies and television -- Disney understands the press and how to work with it.

One thing journalists appreciate is ease of access to these materials. Gaining this access should not be like the proverbial exercise in pulling teeth. Disney has long been set up to provide this access via proprietary Web sites set up for journalists that are among the most user-friendly in the television business.

Thanks to this email Disney sent on Monday, I now have everything I need to plan coverage of the Disney+ launch, including some reviews of the more high-profile new series and movies that will be exclusive to Disney+ such as the new, live-action version of “Lady and the Tramp,” pictured above in a ridiculously adorable photo provided by Disney that I did not even have to ask for.

Not so with the p.r. department at Apple TV+, whose bizarre strategy for publicizing their shows seems to be to keep them well-hidden.

Big disclaimer here: This has been my experience so far with the people who apparently work in Apple TV+ p.r. (whose names and contact information I found on the Apple TV+ press site). For all I know, other journalists have had much better luck getting in touch with these folks.

But I tried three times late last week to make contact with two publicists on the one show that seems to be the highest-profile project in the Apple TV+ arsenal (such as it is) -- the show called “The Morning Show” about a fictional network wake-up show featuring Jennifer Aniston, Reese Witherspoon and Steve Carell.

Just like I do with about a hundred other shows every year, I wanted to watch an episode or two of “The Morning Show” and then review it. But for some reason, no one I contacted at Apple TV+ p.r. replied to my emails -- even to just say no.

I received nothing but the proverbial sound of crickets. And my emails were exceedingly polite and professional too! Oh, well -- what is the world coming to, right? Good luck, Apple, you're gonna need it.

As for Disney, I won't say their email on Monday “had me at hello” (to borrow the famous line from “Jerry Maguire”). But I will say they had me at the subject line, which read: “Disney+ Digital Screeners Now Available.”

And I didn't even have to ask.

apple, digital, entertainment, streaming, tv
1 comment about "Why Disney Will Clobber Apple In The Streaming Wars".
Check to receive email when comments are posted.
Next story loading