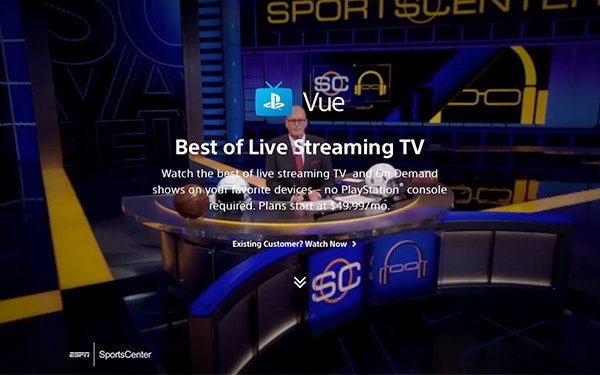 With the backdrop of new virtual pay TV businesses slowing -- if not losing some subscribers -- the new environment has now claimed a major operation: Sony is shutting down PlayStation Vue.

In a Tuesday blog post, John Kodera, deputy president of Sony Interactive Entertainment, said: “Unfortunately, the highly competitive pay TV industry, with expensive content and network deals, has been slower to change than we expected. Because of this, we have decided to remain focused on our core gaming business.”

Video gamers could access live, linear TV networks on their PlayStation set-top-box game units -- as they would with a traditional cable, satellite, and telco subscription. PlayStation Vue could also be accessed via Apple TV, Roku, and Amazon Fire TV set-top devices.

Going forward, Kodera says, PlayStation fans can continue to access movie and TV content through the PlayStation Store on PS4 units as well as Sony’s partnerships with entertainment apps. Sony says currently there are 100 million PlayStation 4s in the market today.