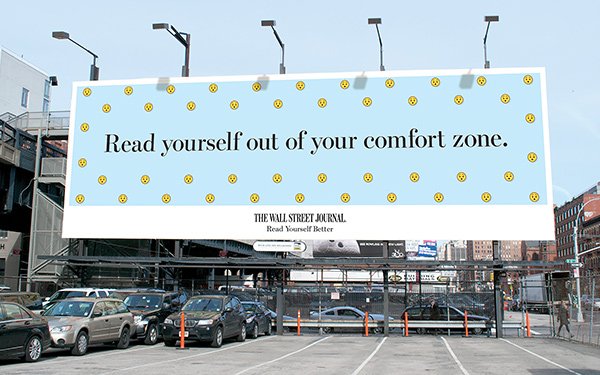 The Wall Street Journal has launched its first major brand campaign since 2017.

The WSJ teamed with creative agency The&Partnership on the "Read Yourself Better" campaign, which debuted today with a 90-second national TV spot from director Juan Cabral.

The WSJ and The&Partnership have collaborated before on previous brand campaigns, helping The Wall Street Journal grow subscriptions by more than 40% over the past four years.

This latest campaign asks readers to “read past” the memes, hashtags and news stories selected for them by algorithms and distracting them from getting real information, which they can get from The Wall Street Journal.

“The idea behind ‘Read yourself better’ is to highlight how hard it is for consumers to navigate our overloaded media landscape and to figure out who to trust and what’s worth reading,” stated Justin Ruben, executive creative director of The&Partnership New York.

The new brand campaign will air on TV and online video. It will also span across digital and offline, such as on billboards, social, print and display.

In a few weeks, The Wall Street Journal will set up a pop-up vending machine, where passers-by can upgrade their old magazines and newspapers for new copies of the WSJ.