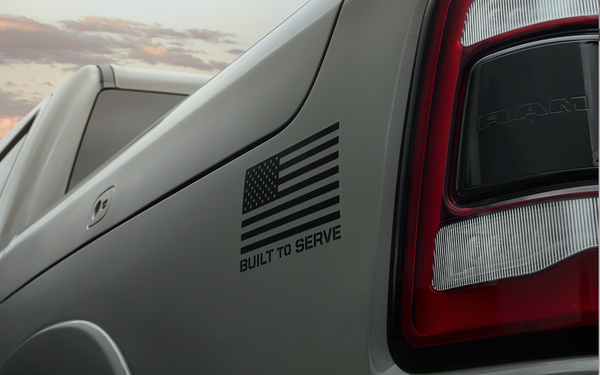 Fiat Chrysler Automobiles is encouraging truck owners from all brands to join “Ram Nation” and volunteer in their communities.

The company launched its Ram Nation volunteer organization in 2015 as a way to give Ram truck owners a way to be involved when there’s a need, says Reid Bigland, head of Ram Brand.

“For Ram truck owners -- whether military or civilian -- ‘Built to Serve’ is a maxim that they can be proud to stand behind,” Bigland says in a release. “We also want to bring together Ram owners who are not currently serving to make a difference in their communities.”

The automaker has the goal of 1.3 million volunteer hours by Veterans Day next year, which is one hour for each person serving in the U.S. armed services. Beginning today and launching with a digital 60-second spot, the automaker is recruiting individuals to volunteer. The spot was created by Lafayette American, a new Detroit agency that includes several creative leaders (Toby Barlow and Doug Patterson) who previously worked on Ford business.

Ram is introducing “Built to Serve” edition trucks honoring the U.S. armed forces services branches. Two specially selected colors will represent each branch, with a  United States flag and Built to Serve decal on each of the rear quarter panels.

The first of these trucks will launch in November in conjunction with Veterans Day, with a different model, representing another one of America's land, air and sea-based military branches, rolling out every three months thereafter.

Ram will kick off the launch well as begin the Ram Nation challenge at the “Stars and Strings” concert, which celebrates U.S. military heroes and their families at the Fox Theater in Detroit on Nov. 6.

According to the U.S. Department of Veteran Affairs, about 7% of the U.S. population is an active or reserve member, or veteran of the armed services.

A similar effort, “Calling All Titans,” was launched by Nissan North America in September 2018.