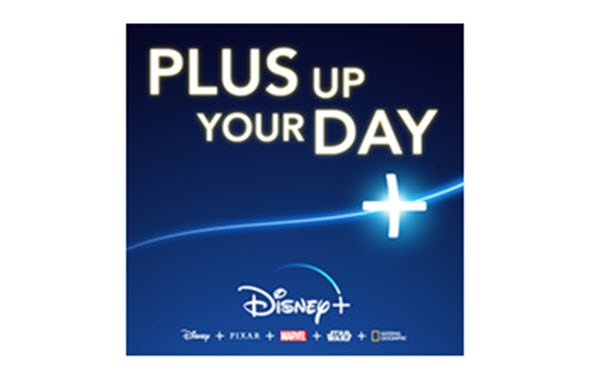 Disney has marshaled brand assets, including star power, to make a splash in New York City for the Disney+ launch.

The company hosted a pop-up performance by the cast of “High School Musical: The Musical: The Series” in NYC’s Washington Square Park on November 9.

And on launch day, Nov. 12, Disney will host an all-day “Plus Up Your Day” campaign around a streaming hub in midtown Manhattan.

The streaming cube, near Bryant Park between 42nd and 43rd Streets, will be outfitted with enabled tablets that consumers can use to try streaming their Disney favorites.

A truck with a 12-foot LED screen will stream Disney content and dispense Disney-themed snacks.

Tony Hale, star of one of the new shows launching on the SVOD, “Forky Asks a Question,” will make an appearance, and musicians playing music from Disney movies and TV shows will pop up around the city.

Disney will be promoting NYC-specific giveaways with partners, including Citi Bike passes, Row House rowing classes, and free meals for 100 users who reserve tables through Resy.

Disney will also roll out as yet unrevealed Plus Up Your Day activiations in Los Angeles.