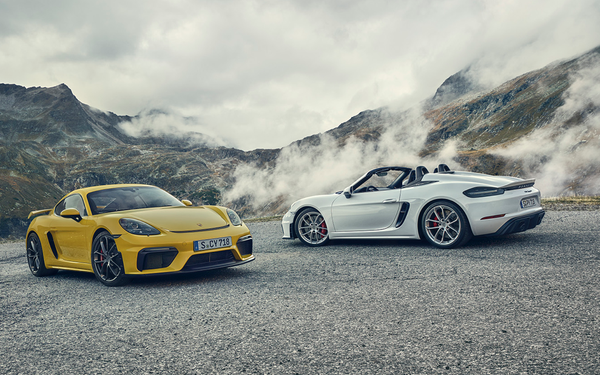 First impressions before a shopper even enters the dealership are critical, according to a J.D. Power study.

While showroom sales processes such as dealership personnel interaction with customers, working out the deal and vehicle delivery can drive future customer loyalty, higher satisfaction in online and shopping factors can often close a sale. Lower satisfaction related to dealership website, inventory and the facility itself is common among brands with lower closing rates that perform below segment average in these factors, according to the J.D. Power 2019 U.S. Sales Satisfaction Index (SSI) Study, released today.

Porsche ranks highest in sales satisfaction among luxury brands for a second consecutive year and the fourth time since 2015. Mercedes-Benz ranks second and Infiniti ranks third.

The study finds that nearly one in four shoppers who shop but don’t buy from a dealer reject that dealer before they even speak with a sales consultant at the dealership. Most of these shoppers are making decisions online. Further, fewer than half of these rejecters even reach the point of negotiating a deal on a vehicle. While the negotiation process is critical, the majority of dealers’ lost sales occur before that process can take place.

While digital retail is on the rise, shoppers aren’t quite ready to adopt an Amazon-like business model when it comes to purchasing a vehicle, said Chris Sutton, vice president of automotive retail at J.D. Power. Shoppers still want to view inventory in person and often rely on salespeople to explain how the vehicle technology works. In fact, 90% of buyers still visit their selling dealership during the shopping process.

“The key for dealers is to ensure they don’t lose the sale before a customer even steps foot on their lot,” Sutton says in a release. “If a new-vehicle shopper isn’t satisfied with the dealer website or facilities, they aren’t going any further in the sales funnel, and that sale is lost before a dealer can demonstrate how well it does everything else. Brands with the highest close-rate percentages are successfully delivering the experiences vehicle shoppers want.”

“Dealers should continue to encourage this practice by their staff,” Sutton added. “It improves satisfaction scores -- and, by getting them into the habit of doing so now, they’ll be better prepared in the future to meet buyers’ expectations when younger, more tech-savvy customers comprise more of the marketplace.”

The U.S. Sales Satisfaction Index (SSI) Study — now in its 33rd year and redesigned in 2017 — measures satisfaction with the sales experience among new-vehicle buyers and rejecters (those who shop a dealership and purchase elsewhere).

The study is based on responses from 28,867 buyers who purchased or leased their new vehicle in April-May 2019, and was fielded from July through September 2019.