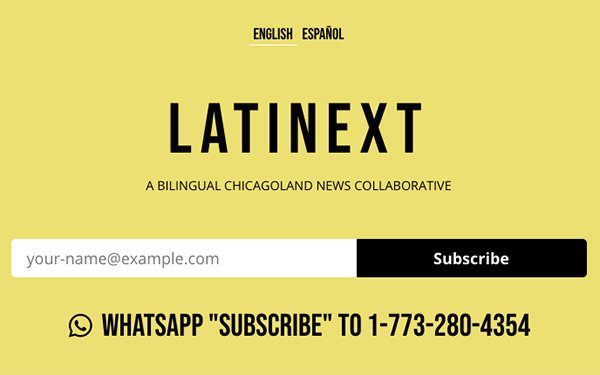 Nature abhors a vacuum. So does a media market.

Univision-owned WGBO Chicago and The Chicago Reporter have teamed to create Latinext, a multiplatform bilingual news team to service the estimated 2.1 million Latinx community in the Chicago region.

Topics include politics, housing, health care, education and immigration. Stories will be featured on Univision’s TV, radio and digital platforms, as well as The Chicago Reporter.

Fernando Díaz, a former Hoy editor, now editor-publisher of the nonprofit Chicago Reporter, writes: “This project will focus on highlighting Chicago’s rising Latinx voices, in Spanish and English, while reporting on and engaging with our growing and changing communities.”

The initial coverage area is Aurora, Elgin, Berwyn, Joliet, Waukegan and other communities. Díaz calls them the “new ports of entry” for immigrants.

Latinext will combine investigative journalism with cross-platform publishing. The team will be employees of The Chicago Reporter.

Revenue strategy relies on sponsorship, ads, grants and community contributions. NewsMatch will double all contributions made to Latinext through December 31.

The companies say the project “will increase civic, bilingual reporting power in the Midwest and spark collaborations among local media around issues that are important to the Latino community.”