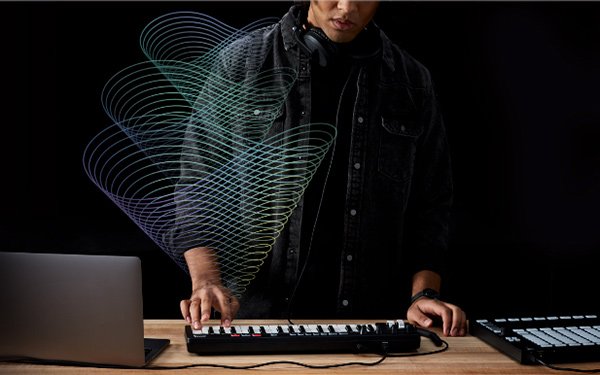 Amazon is tapping artificial intelligence to extend its reach into music.

The online giant is launching the AWS DeepComposer keyboard that uses AI to teach developers how to use machine learning to create original songs in seconds.

Billed as the world’s first machine learning-enabled musical keyboard for developers, DeepComposer can create a melody that transforms into a completely original song.

“Generative AI is one of the biggest recent advancements in artificial intelligence technology because of its ability to create something new,” states Amazon in the announcement. “It opens the door to a world of possibilities for human and computer creativity, with practical applications emerging across industries, from turning sketches into images for accelerated product development to improving computer-aided design of complex objects.”

The AI engine can produce new and original digital works based on sample inputs.

Using the music creation system involves connecting the DeepComposer keyboard to a PC, tapping the pre-trained models in the console, choosing a genre such as rock, jazz or classical, and then sharing the creation by publishing it on SoundCloud directly from the console.

No word on whether Amazon will want credit if any of these pieces of new music end up becoming a hit.