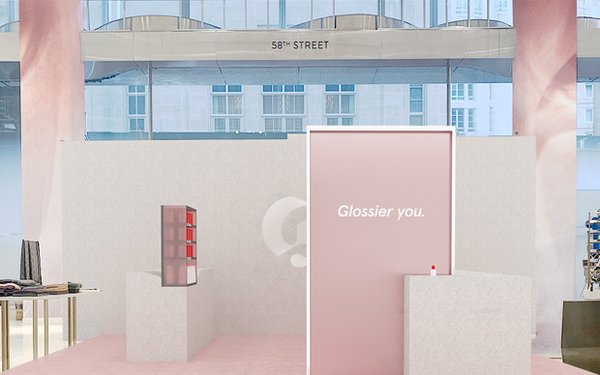 Glossier may be a digital darling for its cult-worthy beauty products, but selling fragrance online continues to be a challenge. Most people want a real sniff test before ponying up $60 for a new scent.

So the D2C company, which has blossomed from a beauty blog in 2010 to a full-fledged unicorn this year, with a valuation of $1.2 billion, is opening pop-up perfume stores in some Nordstrom stores to sell its Glossier You fragrance.

In its announcement, Glossier points to the distinctly offline nature of consumers’ sense of smell, citing Euromonitor data that 78% of fragrance sales happen in brick-and-mortar retail, and a quarter of them in department stores.

“As a digital-first company, we look at offline experiences as opportunities for learning and experimentation, and given the uniqueness of the fragrance category, we have the freedom to try approaches with Glossier You that we might not pursue for the rest of our product portfolio,” says Emily Weiss, founder and CEO, in its announcement.

The Nordstrom partnership is one of the ways the company is exploring for the product "to show up in the world, meeting people where they’re already shopping for fragrance at the busiest time of the year.”

The pop-ups are scheduled to be open through February in Nordstrom stores in Seattle, New York City, Chicago, Dallas, Houston, Washington D.C., and Santa Anita.

The fragrance, which the company describes as creamy, sparkling, clean and warm, is also sold online. With earthy iris root and notes of spicy pink pepper, the formula is comprised of more base notes than usual, which Glossier says lets the scent of the person wearing it shine through. “It smells like you,” it says in its sales pitch, “that familiar human-y note that makes up the body of what you’re smelling. That’s You.”

While other department stores -- including Macy’s and Kohl’s -- also feature hot digital-first brands on occasion, hoping to tempt younger shoppers, Nordstrom has made introducing these new brands part of its mission. It launched its “Pop-in” division back in 2013, teaming up with brands like Everlane, All Birds and Stadium Goods.