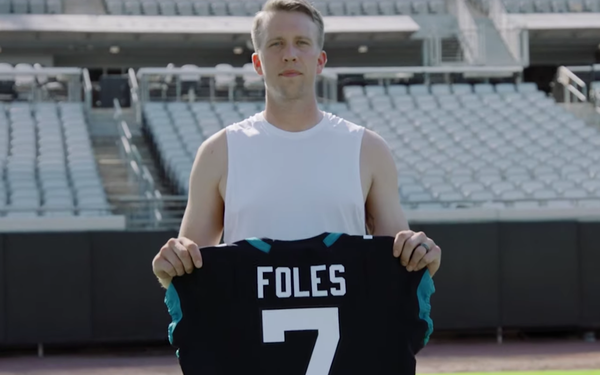 Good thing Lululemon is ignoring industry chatter about the oversaturation of the athleisure market and soft spots in retail. The Vancouver-based retailer says its revenue up-dogged 23% to $916.1 million in the third quarter, well above analyst expectations. Comparable sales jumped 17%, while comparable-store sales rose 10%.

Its biggest gains came in the direct-to-consumer segment, with dollar sales rising 30%.  Lululemon says D2C now represents 27% of total sales, up from 25% in the previous quarter.

Executives for the company, which now has 479 stores, say the strong performance is proof of the effectiveness of its “Power of Three” growth plan, introduced back in April. This calls for an intense focus on product innovation, integrated omnichannel experiences, and expansion in key global markets. And it includes a plan to double men’s and digital revenues, as well as quadrupling international sales.

While the results would have most retailers gleefully swinging from chandeliers, investors were disappointed in Lululemon’s forecast of revenue of between $1.32 billion to $1.3 billion, based on comparable sales increases in the low double digits.

That outlook “could be viewed as a mild disappointment, after seven consecutive quarters of total constant-currency same-store sales growth of 16% or better,” writes David Swartz, an analyst who follows the company for Morningstar, in his comment on the results.

While Morningstar considers the company’s stock to be significantly overvalued, Swartz says Lululemon's strong brand continues to appeal to consumers. “We believe new products have been well-received by the market, allowing for strong full-price sales in an otherwise promotional market environment,” he writes, adding that it has been “very resilient in a generally difficult North America women’s apparel market.”

Despite strong demand for the company’s products, including new categories like grooming products and innovations in fabrics and outerwear, investors continue to be wary about how crowded the marketplace is.

Other brands, including Gap’s Athleta, continue to swarm into Lululemon’s core yoga market. And as it branches into the men’s market, it is increasingly in competition with companies like Nike.