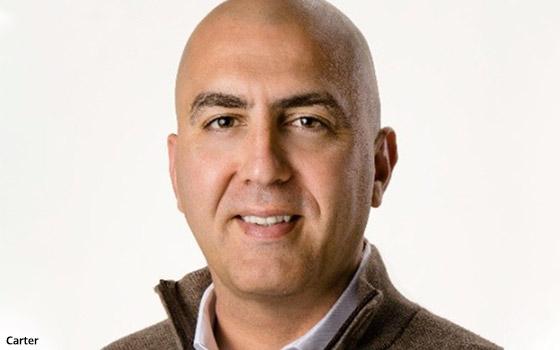 Carter will oversee the integration of 4Info’s OTT and CTV video-buying solutions into Cadent’s platform, as well as overseeing all engineering and leading the development of Cadent's data-driven advertising solutions across cable, broadcast, addressable set-top video.

Carter had served as vice president of advertising engineering at Hulu since 2018, leading tech development for the company’s advertising solutions.

Prior to Hulu, Carter was chief architect at Cadent, leading technology strategy, design and implementation for advanced advertising solutions deployed across global MVPDs and their programming partners.

Carter had been with BlackArrow for nine years when it was acquired in 2015 by Cadent.

Prior to BlackArrow, Carter held software engineering and architecture roles at companies in the U.K. and U.S., including TNT UK, Chordiant (acquired by Pega); Siperian (acquired by Informatica), and On Command (acquired by Lodgenet).