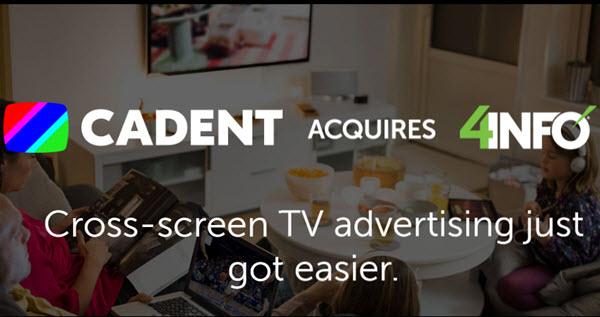 With the acquisition, Cadent adds advanced audience targeting to its cross-screen solutions for national advertisers, and expands its CTV and other OTT video-buying capabilities.

Adding that to Cadent’s buy-side advanced TV planning and buying platform will let national TV advertisers dedupe and map audience segments to the full television universe, to get a unified view of their campaigns’ reach and engagement, according to Cadent CEO Nick Troiano.

Cadent and 4Info have been working to integrate 4Info’s capabilities since the two became technology partners in 2018.