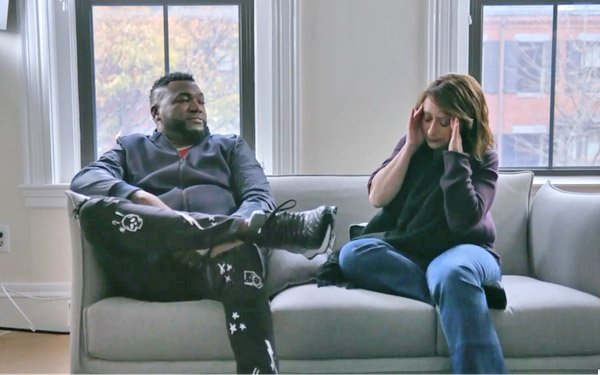 Super Bowl LIV (or “The Big Game” as it is known to brands who haven’t paid for the privilege of uttering the magic words) is less than three weeks out, which means it's time for the teasers to begin in earnest.

First up is Hyundai, which reveals today that its Boston-centric spot will star actors Chris Evans, John Krasinski and Rachel Dratch and baseball legend David Ortiz. The automaker has released a teaser spot featuring Ortiz being coached by Dratch on how to speak with a Boston accent.

The 60-second Super Bowl spot, created by Innocean, was directed by director Bryan Buckley and will signal the start of a national campaign for the 2020 Sonata. Hyundai has advertised during the game for 12 of the past 13 years and often features celebrities. The latest release has the ad slated to run in the first quarter, although initially, the automaker announced it was a second-quarter ad.

The spot, which was shot in Boston, will actually break before the game during the "Super Bowl Greatest Commercials" 2020 special on Jan. 27, which will also include an exclusive behind-the-scenes segment on the making of the spot.

“Casting is such a critically important part of the ad, and we found four celebrities who worked perfectly together and made our creative concept come to life brilliantly,” said Angela Zepeda, CMO, Hyundai Motor America, who came from the agency side to take over the top marketing spot when Dean Evans resigned in October.

It’s a busy time of the year for all Super Bowl advertisers. Kia reportedly was shooting its Super Bowl spot in Tulsa a few weeks ago, according to the local Fox affiliate.

“Many people have noticed and contacted Fox23 to see what movie was being made that looked like a police chase -- but after contacting the City of Tulsa, we found out that KIA Motors got a film permit called KIA Josh and Journey,” according to the report.

Toyota Motor North America confirmed in December that it was buying time on the game. The 60-second Toyota spot, created by Saatchi & Saatchi, will feature the 2020 Highlander. The spot marks the launch of the larger Highlander vehicle campaign, which runs through mid-July 2020.

Volkswagen Group’s luxury brand Porsche, which hasn’t has a Super Bowl spot since 1997, reportedly will advertise the Taycan, its first all-electric vehicle, according to Automotive News. The spot will be created by Cramer-Krasselt.

GM is reportedly planning a spot for the return of the Hummer featuring basketball icon LeBron James, according to The Wall Street Journal. No further details were available, and GM did not respond for comment.