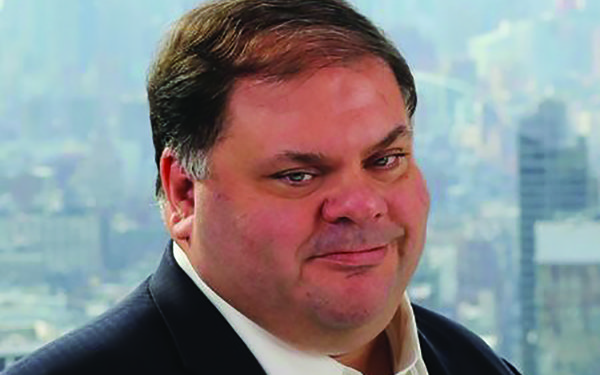 Lou Paskalis, the senior vice president of customer engagement and investment for Bank of America and a 2019 MediaPost All Star, is passionate, but not necessarily always pleased about the digital marketing environment.

He is sure this is the best time to be in the business. But he also says the industry is in the midst of “course correction” about issues like brand safety and consumer privacy.

The world has changed, and marketing is stumbling trying to keep up. “The forced-viewer economy has come to an end.” In the digital era of truly wall-to-wall communications, consumers pick their messages. Until now, “attention could still be bought.”

Making the changes that are necessary “starts with a culture that believes in protecting customers, the brand and their investment, in that order. I’m lucky to work for such a place.”

His opinions are exercised often.

He is one of the most-out front executives in the marketing industry. Paskalis is the chairman emeritus of the Mobile Marketing Association, where from 2017-19 he was chairman of the MMA’s North American board. He is also a board member of the MRC, has served on IAB task forces and has served as a jury member for the IAB’s MIXX Award and Golden Effie awards.

Paskalis himself confesses he is not ever the quietest guy in the room. As he noted a year ago when he was a panelist at a conference, “I think over three decades in this business, I’ve earned a reputation for being somewhat provocative.” He seems to be comfortable in that spot.

“Lou is likely the most inventive modern marketer the MMA knows, and we know many amazing marketers,” says Greg Stuart, the MMA’s global CEO. “Few have the clarity of comprehension of the marketing, media, and measurement systems. Lou not only gets the details of the marketing ecosystem at a nearly molecular level, but he is one of the very strongest of strategic thinkers in marketing for the future.”

It’s the more perfect future that seems to turn him on, and the imperfect present that riles him.

Consumers may feel they are more threatened by privacy and safety than ever before and marketers have to be more careful than ever. What has developed is growing consumer hostility toward digital marketing that the business brought about itself, at a time that their opportunity to bond is the greatest it has ever been.

Pasakalis says consumer interaction is sometimes presented to them in untenable ways. As an example, Paskalis says, “you buy an iPhone and you go to the terms and conditions. You get to mark 'I agree' or 'I disagree.' But if you disagree, you’re locked out. You can’t use your $1,100 phone.”

“That becomes a hostage negotiation!” he exclaims.

“There is a hygiene problem in the digital advertising industry,” Paskalis says. “There’s so much complexity in the industry that we’re constantly reinventing the ecosystem.”

A while ago, Bank of America named a brand safety officer to take charge of those issues, and Paskalis says he expected then that other Fortune 100 companies would soon be doing the same. “To my surprise, they are not.” he says.

That disappoints him. ‘You can’t outsource your safety,” Paskalis says. “Don’t expect what you can’t inspect.” Our goal is to consistently do more with fewer partners.”