Creative Agency of the Year: BBDO 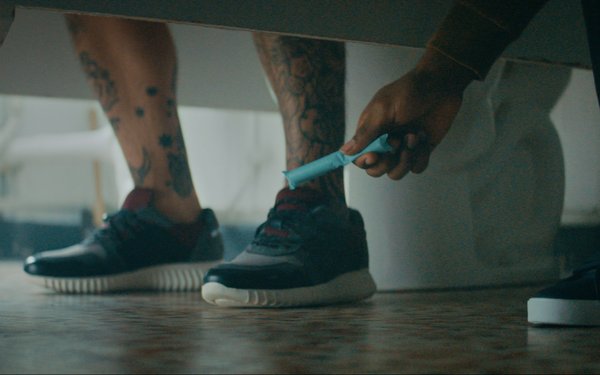 Among BBDO’s new business wins this year were two assignments from Facebook, including one that named it creative agency for the social network’s global messaging brand WhatsApp. It is used by over 1.5 billion consumers, making it the most popular messaging app in the world.

The Omnicom agency also won a competitive pitch held at Cannes in June to create the first campaign for the “Made For St. Jude” project, an initiative by Facebook Creative Shop on behalf of St. Jude Children’s Research Hospital.

Even the agency acknowledges that just a few years ago, it would have been unlikely for BBDO to be invited to those pitches, let alone win them.

Perception counts a lot — especially in Adland, where older agencies are frequently tagged — fairly or unfairly — as “legacy” organizations that lumber along focused on traditional media, not keeping up with changes in technology or media and on the verge of extinction.

But somebody forgot to tell 128-year-old BBDO, MediaPost’s 2019 Creative Agency Of The Year, that it is living on borrowed time.

As Global Chief Creative Officer David Lubars is fond of telling the troops, “never let the cement harden” — meaning stay fluid and flexible to boost the likelihood that the most compelling and effective messages will be created for the client.

BBDO has been singularly focused on embracing and mastering new technologies for years as a way to create innovative and impactful campaigns for clients.

That was evident three years ago, when it conducted groundbreaking research that guided its approach to socially distributed video. That research and its impact earned the agency Social Media Agency Of The Year honors from MediaPost in 2016.

Asked recently whether the agency had a change-or-die epiphany at some point that crystalized its determination to be as innovative as any startup, Kirsten Flanik, president and CEO, BBDO New York, replied: “it’s more just about who we are and always have been.”

For the St. Jude’s campaign, the agency is applying virtual reality technology to transform child cancer patients into heroes who will be celebrated in a virtual interactive hall.

The agency’s Atlanta office applied artificial intelligence to infiltrate the dark world of sex trafficking. An online presence was created to impersonate minors selling sex to intercept predators and collect data on their behaviors. That work was done on behalf of Street Grace, an organization committed to ending sex trafficking in the U.S.

To tap into the burgeoning influencer space, and learn more about it, the agency created a program called ResidNYC that brings together social influencers and BBDO creatives to develop content ideas.

The program teamed with influencer Lauren Ko, known for her geometrically intricate homemade pies, on a project called the #MyAmericanPie series. The idea was to begin a conversation around multiculturalism in America. It invited people to bake and post Instagram pictures of pies inspired by cultural backgrounds as a way to express their unique “Americanness.”

Clearly sparking a conversation, It generated nearly 40,000 likes and 1,400 comments.

And anyone who thinks big brand advertising shops and DTC brands don’t mix, think again. Thinx did. The brand of period-proof underwear — which seeks to break taboos around menstruation — hired BBDO as its first national ad agency.

And the agency deployed robotic technology for a project for Bombay Sapphire, conceived to reawaken the inner creativity in all of us. By logging on to a website participants were able to contribute to a collective work of art in real-time by manipulating a pair of robotic arms. Thousands of people across the country contributed and the work was displayed at a Los Angeles art fair.

BBDO’s creativity by contrast, doesn’t need reawakening — it’s on 24/7. And it is using data in ways that help it understand clients and consumers better to optimize that creativity. On that front, it collaborates continually with data and precision-targeting unit Omni, also part of Omnicom (MediaPost’s 2019 Holding Company Of The Year).

“Omni is giving us the opportunity to better target audiences at an insight and media level,” says Flanik. “Our planners and creatives are accelerating their understanding of their target audiences and there is no doubt that some of the work we’re now doing we couldn’t have done before.”

Flanik says the Omni platform “has transformed the way our teams work and collaborate.”

And collaboration, she says — whether it is with clients, or outsiders like influencers or insiders within the holding company — is key to solving problems, present and future. “The more ways you find to let people in, the more likely you are to find ways to be successful.”