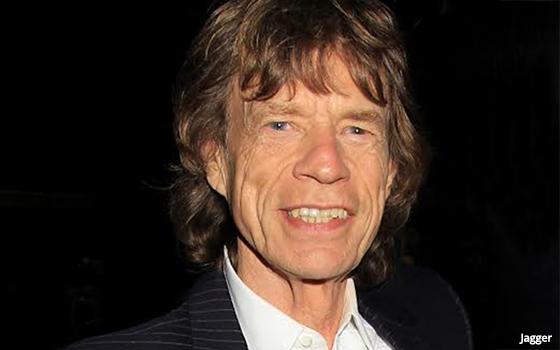 Rolling Stones’ Mick Jagger is now in the podcast business.

He and his three partners have formed Rainy Day Podcasts and signed a first-look deal with Warner Bros. Digital Networks.

The trio includes Victoria Pearman, partner with Jagger in Jagged Films “(Shine a Light,” Scorsese's Rolling Stones doc, HBO’s “Vinyl”), producer Steve Bing (“The Polar Express,” “Beowulf”) and Josh Olson, who got an Oscar nomination for “The History of Violence” and co-hosts the podcast “The Movies That Made Me” with director Joe Dante.

Rainy Day is expected to deliver up to seven new podcast series in any genre.

“Everything starts with the word,” stated the four partners. They said they wanted to “create an environment where the best writers are free to pursue their passion projects with maximum creative freedom.”

“Storytelling is at the core of everything we do at Warner Bros., and we look forward to expanding that mission to the world of original narrative podcasts,” added Robert Steele, Warner Bros. Digital Networks senior vice president, business strategy and operations.

Podcasts are already a lucrative enterprise.

Spotify bought Gimlet Media and Anchor FM for a reported $337 million and may purchase The Ringer site and podcasts. The New York Times is said to be negotiating to buy the company that produced the “Serial” podcast.

In addition, The Economist is introducing a newsletter and podcast called "Checks and Balances."

The podcast industry generated an estimated $479.1 million in revenue in 2018 and is expected to produce more than $1 billion by 2021, according to a report from the Interactive Advertising Bureau and PwC.
celebrity, podcasts
Next story loading