Kobe Bryant Was Important To Ad World, As Well As Sports 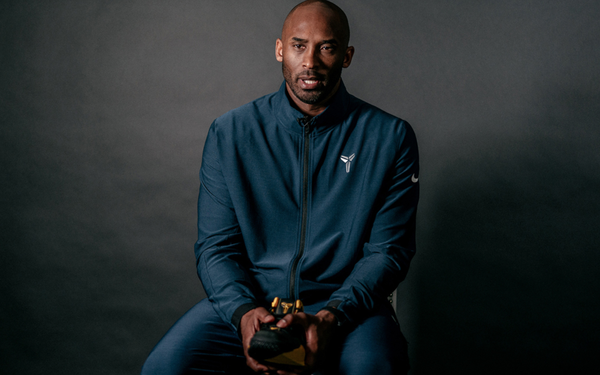 Although best known as an iconic basketball player, Kobe Bryant also played a role in many significant ad campaigns over the decades.

The former Los Angeles Lakers shooting guard died this morning in a helicopter crash in southern California, according to multiple reports. TMZ Sports was the first to break the news with an alert at 2:24 p.m.

Bryant, 41, played his entire 20-year career with the Lakers. He entered the NBA directly from high school and won five NBA championships.

From an advertising standpoint, he was best known as a longtime endorser for Nike, although he originally had an endorsement deal with Adidas.

He was a spokesperson for other brands over the years including BodyArmor, McDonald’s,Apple, Turkish Airlines, Sprite, Guitar Hero and the Art of Sport skincare. Bryant had earned more than $350 million from endorsement deals at the time of his retirement, according to Forbes.

Several brands expressed their sympathy, including Nike, where Bryant had been an ambassador since 2003.

"Along with millions of athletes and fans throughout the world, we are devastated by today’s tragic news," Nike said in a statement. "He was one of the greatest athletes of his generation and has had an immeasurable impact on the world of sport and the community of basketball. He was a beloved member of the Nike family. We will miss him greatly. Mamba forever.”

Bryant was not only a spokesperson for but an early financial backer of the sports drink BodyArmor.

"Words cannot express the heartbreak we feel right now. Kobe Bryant was more than a legend to us," BodyArmor said in a statement. "He was an incredible friend to the entire BodyArmor team and a devoted family man and father. Our thoughts and prayers are with Kobe’s family and everyone affected by this tragedy.”

NBA commissioner Adam Silver said the NBA family is “devastated” by the deaths.

“He was one of the most extraordinary players in the history of our game with accomplishments that are legendary: five NBA championships, an NBA MVP award, 18 NBA All-Star selections, and two Olympic gold medals," per the statement.

“But he will be remembered most for inspiring people around the world to pick up a basketball and compete to the very best of their ability. He was generous with the wisdom he acquired and saw it as his mission to share it with future generations of players, taking special delight in passing down his love of the game to Gianna.”