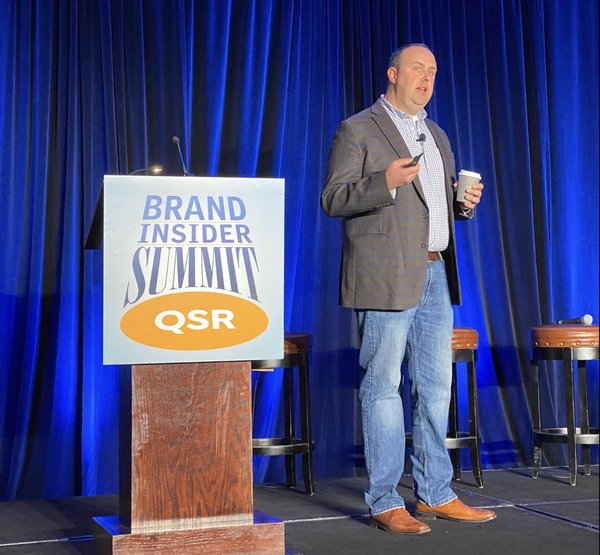 When Pancheros Mexican Grill launched its new digital-first campaign, the strategy for advertising was to "win the neighborhood." Ryan Murrin, Vice President of Marketing & Franchise Development, told MediaPost's Brand Insider QSR Summit Monday how the brand relaunched its app to create perceived reach in a three-mile radius around its restaurants. With the launch of delivery, online ordering increased, the participation rate was up by 23% and app downloads and signups almost tripled.

One of the most interesting developments was a campaign around National Queso Day, which occurs in September. Pancheros offered free queso on an entree if ordered via its app. To leverage this, Murrin said they "dug into loyalty and found eight people who had ordered queso more than 200 times in eight months. Kyle Trotter of Davenport, Iowa, a service technician at a Ford dealership, was crowned King of Queso. "We got a lot of PR at the dealership," he said, and the brand created a leaderboard to do the promotion annually.

To complete push on app, the brand launched 12 Days of Pancheros in December with fun promotions, Instagram caption contests, free queso on certain days. "It had a pretty dramatic impact on the app and on sales," Murrin reported. The participation rate doubled. Forty-seven percents of new guests came back in the following two weeks. "We beat online our single-day online ordering record" and saw a 130% hike in app downloads.

Pretty good results for a founder-led burrito joint started at the University of Iowa.