Agency M&A Market Stalls: 2019 Was Half What It Was Just A Couple Years Ago 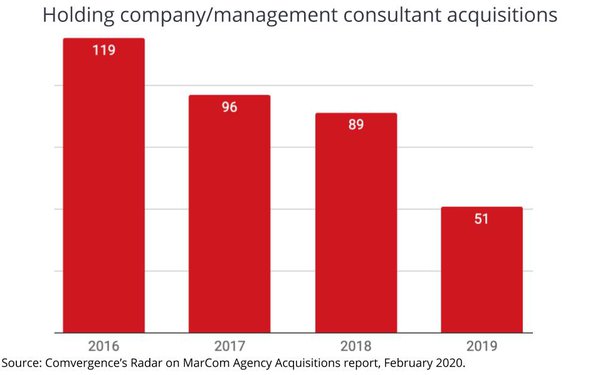 Madison Avenue's acquisitions marketplace has slowed down dramatically over the past few years, turning in just 51 deals among the major agency holding companies and management consultants in 2019, according to the latest annual tally from consultant Comvergence

That's about half the volume of deals being conducted just a couple of years ago, and is down 57% from 2016, the last year for which Comvergence discloses data in this year's report.

"Despite the deceleration of acquisitions, the number of employees acquired has increased," the report notes, however, adding that the most surprising activity has come from "newcomer" suitors, not the most established companies.

Martin Sorrell's S4 Capital was the third most acquisitive company, after Dentsu and Accenture Interactive.

Sorrell's former company, WPP, meanwhile, made only one acquisition in 2019, marking its least acquisitive year since Comvergence began tracking the marketplace. 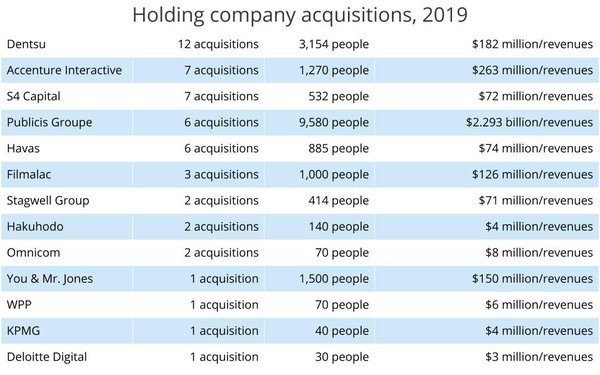