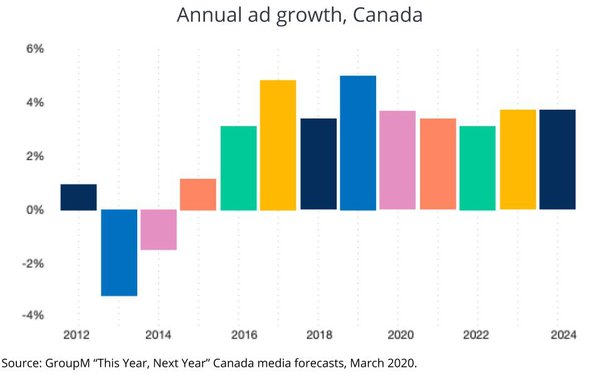 The expansion of Canada’s ad economy has begun a deceleration that will last through 2022, according to just-released estimates from GroupM’s Business Intelligence unit.

Wieser cautioned that the impact of the Coronavirus is a “significant wildcard with potential to impact consumption of finished goods and supply chains around the world,” but that GroupM’s current expectations “presume relatively stable macro-economic conditions looking toward the rest of the year.”

Long-term, Wieser projected Canada’s advertising economy will expand to $19 billion in 2024, making it the ninth largest advertising market in the world.