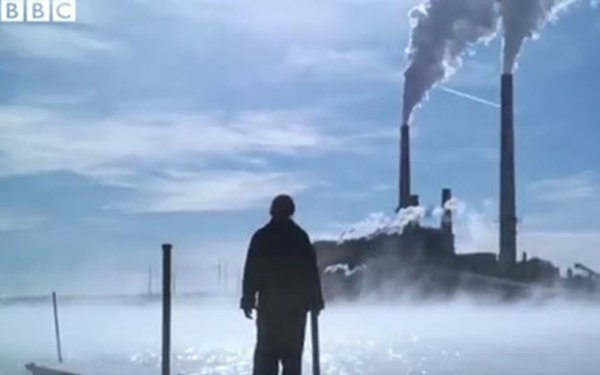 As if cutthroat competition weren't challenging enough, streaming platforms — and the data transmission services that enable them — could soon begin to face a PR crisis around sustainability issues.

Video streaming and internet scrolling are taking a significant toll on the earth’s environment because of the fossil fuels that power most of the huge centers that handle digital data, warn scientists and experts featured in a new BBC Three documentary, “Dirty Streaming: The Internet’s Big Secret” (trailer below).

The boom in video watching that is being accelerated by the proliferation of new streaming services; widespread use of high-definition viewing that uses about four to five times as much energy as standard definition; the advent of 5G; and the growth of cryptocurrencies are all contributing to an acceleration of already-massive use of digital data, say the experts.

Video now accounts for three-quarters of the world’s internet use, according to the documentary.

“As our demand for video grows, so does the demand on the [mostly fossil-fuel-driven] data centres, which are essentially the physical locations of 'the cloud,'” sums up The Daily Mail, in describing the documentary’s content. “In turn, the data centres use up more power — both to store its millions of files and keep its powerful servers cool. To watch a video on your device, your request travels from your phone, through different networks, under the ocean along fibre optic cables to a data centre somewhere in the world where it is stored. It then travels back to you in thousands of pieces, reassembling as a video when it gets to your phone. The higher the resolution, the greater the transmission of data.”

The film notes, for example, that “binge-watching an entire series like ‘Peaky Blinders’ generates the same emissions as driving from Birmingham to Manchester [England],” writes The Daily Mail. The driving distance between those two cities is about 83 miles.

The internet, driven in large part by video watching, "is now using so much energy that some people are threatening drastic measures," like rationing video, says the documentary.

The experts encourage users to consider trying to minimize video viewing on phones, since even 3G or 4G use three to four times more energy than using WiFi.

They also point out that the Amazon data hub in northern Virginia — used to power the cloud infrastructure used not only by Amazon but numerous client companies, including Netflix, the BBC, Spotify and Uber — is the largest in the world, with upwards of 70% of world Internet traffic running through it every day.

“Most of the fossil fuels that power the Virginia data centres comes from Dominion, an energy company which historically hasn't been very green,” notes the article. (One of Dominion's coal-powered plants is shown in the documentary; see screen grab above).

Amazon’s cloud-based services are the company’s most profitable business segment.

In response to the documentary, Amazon issued a statement to the BBC saying it will “continue to work towards our goals of achieving 80% renewable energy by 2024 and 100% by 2030.”

Dominion Energy said it has committed to net-zero carbon and methane emissions by 2050.