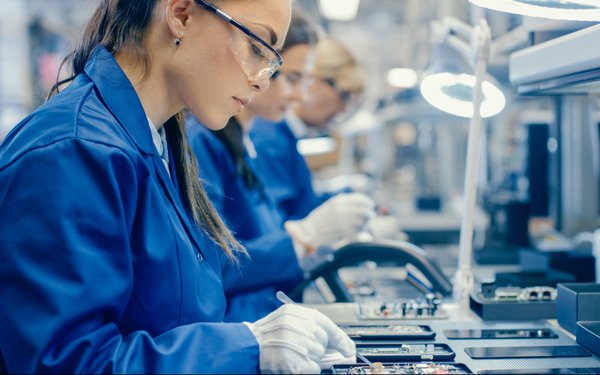 The COVID-19 pandemic has the potential of wreaking an amount of havoc on the technology supply chain, and now researchers have estimated a range of what that may look like.

In one scenario, makers of smartphones, tablets, consumer robotics, smart speakers and wearables could see a shortfall of revenue up to $42 billion over the next nine months, according to a new tally by Juniper Research.

That’s a worst case of three scenarios created by Juniper.

In a low impact scenario, in which efforts to contain the virus spread are successful over the next nine months, the shortfall would be $6 billion.

In a high impact scenario, efforts to reduce the virus threats would not be sufficient, leading to widespread impact on global supply chains over the next nine months.

In a medium impact scenario, many of the impacts of the virus would still be present by December but would have been significantly reduced. In that scenario, the shortfall to device makers would be $13 billion in nine months.

In the low impact scenario, Juniper anticipates the majority of disruption caused by COVID-19 already has occurred, with hardware sales receiving by 2020.

In the impact scenario, Juniper still projects revenue coming back, but not until next year.

In any scenario, the smartphone is the dominant technology impacted.

After toilet paper, smartphones could become next on the hoarding list.