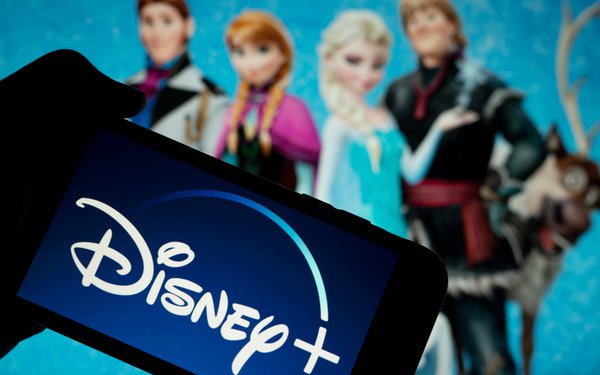 The shelter-in-place, work-from-home dynamic forced by COVID-19 has steadily increased streaming’s share of total TV time for the past four weeks — driving it up to 23% of U.S. TV households as of the week of March 16, versus just 14% in the same week last year, according to a new Nielsen Streaming Media data analysis.

Further, the data show that “other” platforms — which now include Disney+ — have collectively made a significant gain in share against the top four platforms.

Overall, consumers in TV households with two or more people watched more than 156 billion minutes of streaming content during that week of March 16. That’s up from 115 billion during the week of February 24, and more than double the minutes during the comparable March week in 2019.

And while Netflix, YouTube, Amazon and Hulu all saw increases in total streaming minutes per week, comparing the weeks of February 24 and March 16, “other” streaming platforms saw the greatest jump: up 16 percentage points, from 32.4% to 48.5%. 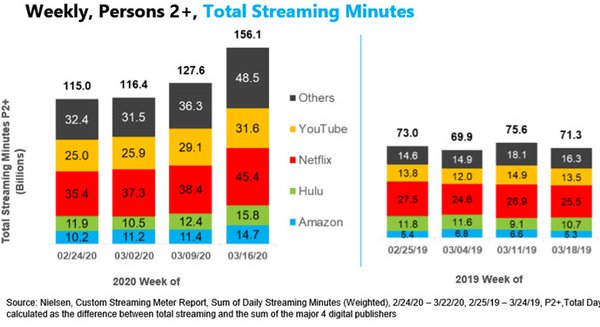 Looking at shares of total streaming minutes, “other” platforms rose from 28% to 31% between the weeks of February 24 and March 16 this year.

Meanwhile, Netflix and YouTube each saw their shares decline by 2 points.

The “other” gains are no real surprise, given that it does include the already large and rapidly growing Disney+, and that the gains coincide with kids and teens staying at home and “Frozen 2”debuting on Disney+, notes Nielsen. (Disney+ is not yet reported out by Nielsen.) 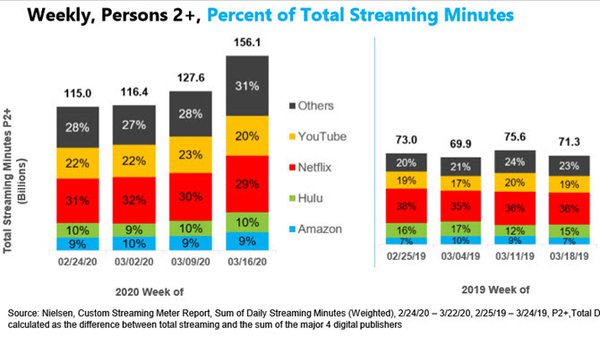