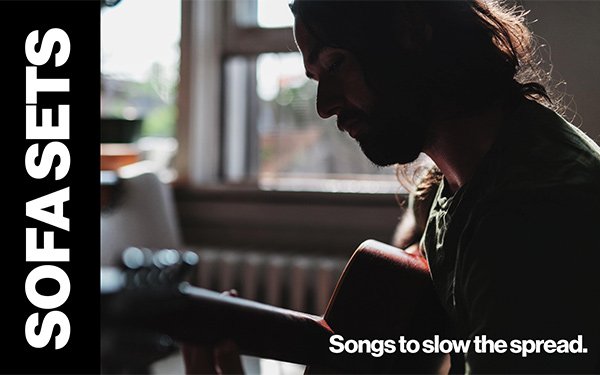 As agencies adjust to work-from-home mode, they’re also generating a lot of COVID-19 messaging as well as entertainment content. And now that most people are singularly preoccupied with the pandemic, there’s a lot less emphasis on hard-sell advertising.

“No one wants to be sold anything right now, but no one wants their engagement to suffer,” says Stu Thompson, founder, Cut Media. “So sell them nothing, other than potential hours of entertainment and inspiration from the comfort of their home.”

Cut Media is recycling footage from previous campaigns to introduce an open source “stay inside” campaign designed to appeal to sports fans and raise awareness for its client roster.

#StayInStayInspired launches with the first of nine short films pulled from the agency’s archive to showcase extreme sport athletes engaged in impressive tricks. The first snippet serves as a cut-down from a recent film made for Santa Cruz Bicycles featuring cyclist Steve Peat.

The agency is distributing the clip across all of its own channels, including Instagram and Facebook, as well as Peat’s and the Santa Cruz Bicycles social media, all using the #StayInStayInspired hashtag. Brands and athletes featured in upcoming content are invited to use the films to connect with all their digital channels.

Consultancy Gather is hacking the go-to WFH platform Zoom to deliver what it calls Connection Roulette. The social trick uses a Zoom sub feature to allow the host to randomly assign 3-5 participants to move to a separate conversation in order to keep people engaged as well as encourage more personal chats. Users need a pro account to access the hack.

"It’s a new use of an existing tool,” says David Gaspar, managing director, Gather. "Necessity is the mother of invention and these times call for us to use tools in new ways and that’s exactly what we’re doing. And, we’re using the random breakout room generator to simulate the serendipity of a social cocktail party. It’s working.”

The concert will come to screens this Friday between 3pm and 6pm EST. In addition to the musical performances, the festival will encourage viewers to donate directly to charities in their area supporting those most economically impacted by the disease. The event will also track viewers’ location data to create a real-time visualization map to illustrate what sitting on the sofa can accomplish by way of the number of hospital stays prevented and ventilators freed up.

“During these challenging times, we all need to be coming together to improve the lives of everyone around us,” says Shane Atchison, CEO, Wunderman Thompson, North America. “If we can help highlight the importance of social distancing and reduce the spread of coronavirus by even the smallest amount, we will be proud and humbled to have played a part.”

The Integer Group is releasing what the Omnicom agency calls a social distancing tool kit to help retailers easily communicate COVID-19 recommendations about keeping away from others.

The agency designed the “Two Carts Apart” guideline to be turnkey with the ability to customize for language and color palette. Team members are also taking requests for custom colors and logo additions.