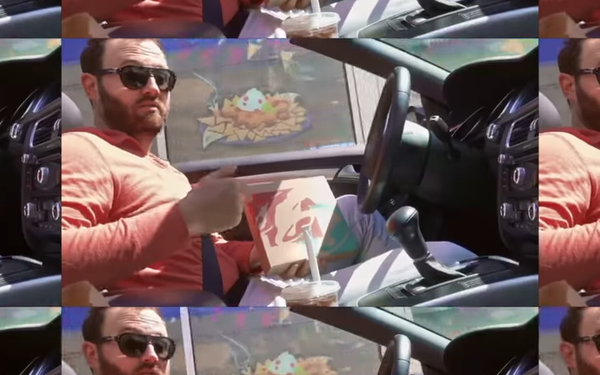 As major brands cut or suspend their television spending, quick-serve restaurants are using the medium in a major way to promote drive-through, takeout and home-delivery orders.

QSRs — which have historically done more off-premise business than full-serve restaurants — saw transaction declines of 40% in the week ended March 29 compared to the same period in 2019, according to research provider NPD Group.

During the same period, business at full-service establishments declined 79%.

According to brand-level data from iSpot.tv, which has been tracking commercials related to COVID-19, Burger King ranks second in total impression volume behind the Centers for Disease Control and Prevention.

Burger King spots promoting “contactless” food delivery represented 8% of total impressions tracked by iSpot.tv from Feb. 26 through March 29—compared to 9.9% for the CDC.

A new “Window” spot from Taco Bell plays off the pandemic-induced popularity of the video platform Zoom by showing people driving in cars. As their images multiply and then take over the entire screen, a voiceover intones, “When you need a little light, it helps to open a window. Let our drive-through help you get through.”

The 15-second ad had 193 national airings as of April 5, according to iSpot.tv.

Dunkin’ aired a new commercial last night on the game show “Jeopardy” titled “We’ve Got Your Back” that was devoid of images and voicing. Words on the screen thanked doctors, nurses, first responders, parents and others for “keeping us running,” a nod to the chain’s motto that “America runs on Dunkin’.”

Today, Dunkin’ announced  it will be offering free delivery of beverages and food via Grubhub from more than 4,000 of its locations through April 19.

For several weeks, Buffalo Wild Wings has been doubling down on its sports-experience roots to keep patrons engaged with a campaign titled “Sports Live On.” The latest iteration will emerge on Friday night on BWW’s channel on the live-streaming gaming platform Twitch.

It will feature the basketball game H-O-R-S-E played remotely by Jackson State University manager Thomas Lee and the Instagram personality Maxisnicee. Both will roll up a ball of socks and toss them into laundry baskets positioned around their homes.

Beginning today, Chipotle has a new e-gift card program that will support healthcare workers on the frontlines. The brand will match 10% of Healthcare Heroes card purchases with donations to Direct Relief, a nonprofit providing personal protective equipment and essential medical items to healthcare workers in America and abroad.

“We wanted to create an easy way for our fans to come together and support our healthcare heroes,” Chipotle CMO Chris Brandt said in a statement.

Denny’s has just unveiled Shareable Family Packs designed to feed 4-5 people by delivery or pickup. Priced between $24.99 and $28.99, the pack options include all of the chain’s menu items—from breakfasts to burgers, chicken tenders, side orders and beverages.