Necessity Is The Mother Of Taking New Roads

In 2008, at the height of the Great Recession, we published an article by the late Cornell University Professor Stephen L. Sass making a case that when it comes to innovation, disruption can be a good thing.

Sass, who passed away last summer, was a professor of material science and a leading academic studying how humans adapt, and innovate, when they run out of something and need to replace it -- usually with something better -- for their own survival.

Sass, who was also the father of former MediaPost staff writer Erik Sass, wrote about this for MEDIA magazine’s “Future of Media” issue that year, and while the magazine, ironically, did not survive the effects of the Great Recession, we’d like to think MediaPost continued to innovate and adapt with new kinds of publishing that have made us vital, relevant and indispensable to the readers we serve.

As Sass’s studies have shown, time ultimately will tell about that, but so far, so good.

While MediaPost is as challenged as the next enterprise by the effects of this pandemic, we continue to adapt, innovate, introduce new products, and phase out ones that no longer make sense. That’s because MediaPost is NOT a publication, but a variety of news, commentary, data and analysis distributed across an array of what Professor Sass might have called “materials,” but what we typically describe as “media.”

I mean, that’s all media is, right? Material used to convey some kind of information from one to others. Sometimes the material is tangible matter like print, ink, billboards, etc. Sometimes it's electrons bouncing off cathode ray tubes, plasma or LED screens, or routing through network backbones.

And sometimes, it’s the most vital material we have: actual people.

Like everyone else, that material is most important to us, and has impacted us the most at MediaPost. First and foremost, it’s you, our readers. The good news is you’re still with us, and actually a lot more than normal. Our “reads,” “open rates,” and other “KPIs” are at record highs.

While that should not be surprising, given the need people have for vital information to make decisions during times of crisis, our internal data shows you’re consuming it constantly, throughout the day, on weekends and holidays, etc. You can judge for yourself what that means, but I’m going to take it that we are providing you with something valuable.

Like others, we have been challenged and have had to adapt and evolve because of disruption. I like to say we in the media trade press are unique, because we get to cover an industrial revolution that is constantly revolutionizing the industry we also work in.

And the thing about media’s industrial revolution is that it will never end, and most likely, will only accelerate. It’s been doing that ever since the first people preserved information, news, data and analysis by carving it on bones or painting it on the walls of caves to preserve and pass down over time. Or using materials like drums, their own voices, or satellites and servers to distribute it over space.

The part of our business that’s been most impacted by physical distancing has been our face-to-face media: the conferences, forums, summits and award shows that comprise our events business. Like others, we’ve mainly just postponed them until a time when people are permitted to gather in public in large numbers again.

Over the past weeks and months, like many of you, I’ve been thinking about the industries being disrupted -- and revolutionized -- by the effects of the pandemic. First big events like SXSW, the Cannes Lions, etc., but also the day-to-day places we gather for our own comfort, entertainment and sustenance.

Restaurants, and even bars, have been struggling to adapt, shifting from places to congregate to points of distribution thanks to a new generation of delivery services. For the first time ever, I utilized Instacart to have my groceries delivered to my home, and I was pleased to learn how frictionless it actually was. (Thank you Keyla, whoever you are?)

On the bright side, the pandemic will revolutionize society and commerce by forcing us to adapt and try new things to sustain ourselves. On the downside, it will force some legacy ways of doing things to either evolve, or become just a part of our legacy.

Today’s column was inspired by a lot of things, but it was sparked when I received an email from my local movie theater chain, Bow Tie Cinemas. My wife and I are big fans of the chain, because it really lives up to its slogan -- “Moviegoing the way it used to be, only better” -- and I’ve been impressed with how it adapted from a medium for simply screening flicks to an experience in and of itself. So I’ve been concerned whether it will actually make it during a period of forced shutdown, when I got today’s email appeal: “Support your local movie theater from your couch,” which effectively launched a new movie streaming service.

Appropriately, one of the films being offered is “The Roads Not Taken.”

Like Bowtie Cinemas, Stew Leonard’s (Instacart), Grubhub, etc., I’ve been struck with how so many businesses in our industry have adapted to provide solutions for the new unmet needs presented by the pandemic. I wrote about one this week, Cherish Health, a startup that pivoted from its initial rollout of remote digital services to help the elderly stay well at home, to one helping Americans of all generations stay “SAFE@HOME” during a pandemic.

As horrifyingly scary as this pandemic is, I’d like to look at it the way Professor Sass might: opportunities for people to continue to adapt, create, innovate, and find new -- ideally better -- ways of being people. 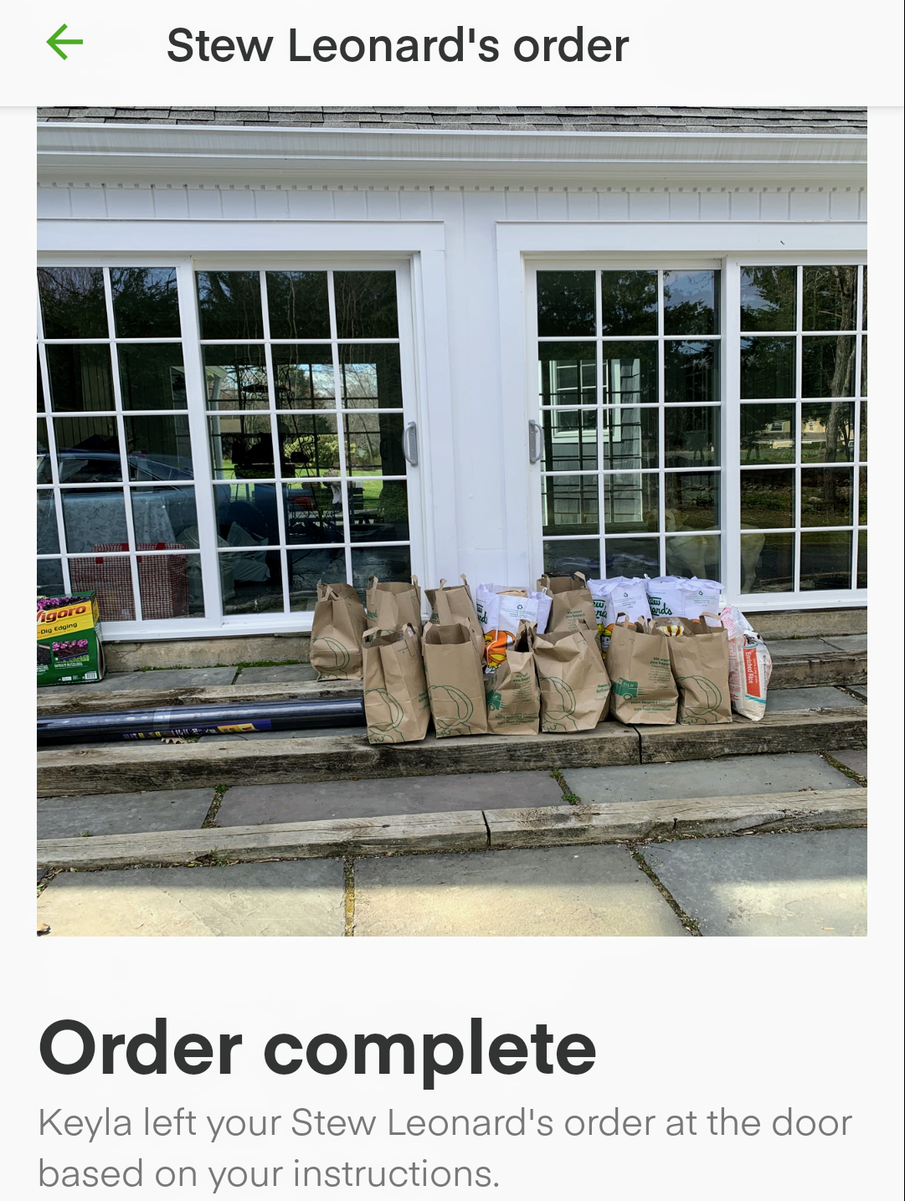