Founder's Spotlight: Overnight Pivot To D2C To Save The Farm 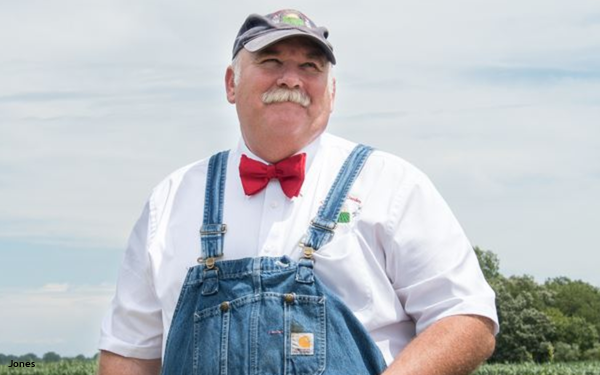 For more than 30 years, the Chef’s Garden has been a not-so-secret weapon for some of America’s mightiest chefs. Its fancy produce -- from Egyptian starflowers to bronze fennel to dragon carrots -- star in menus at places like the French Laundry, Per Se and the Four Seasons Hotel Boston.

But as COVID-19 closes restaurants around the country, the farm -- with fresh crops ready every day -- had to introduce a new business model overnight: marketing high-end produce boxes direct to consumers.

Farmer Lee Jones, co-founder of the Huron, Ohio-based family farm, tells D2C FYI about the scramble to reinvent his company in a fast-changing world.

D2C FYI: Your farm has been around for decades, and besides being a pioneer in fancy and sustainably grown vegetables, you’ve seen many ups and downs. How has COVID-19 impacted you?

Farmer Lee Jones: Until mid-March, 100% of our business was direct to chefs. We had been talking about selling direct to consumers for a few years, but we didn’t see this pandemic coming.

But overnight -- I mean, within 24 hours -- of restaurants closing down, we realized we had to start making boxes available for consumers. It is a lesson in survival.

We’ve done lots of research to explore the types of vegetables that help support the immune system. And people are more concerned than ever before with where their food is coming from -- and obviously, people are looking for ways not to go into grocery stores.

So we’re trying hard to think of ways to stick with our mission -- getting healthy food from healthy soil -- to people in new ways. We’re selling a $59 introductory box, so people can get to know us.

But we’re also offering boxes to boost immunity, boxes just for juicing. We were always focused on food safety, but we’ve now tripled our safety precautions. It's never been more important.

D2C FYI: What’s your business forecast? Restaurants aren’t going to be closed forever, but how many of these boxes will you need to sell to stay in business in the meantime?

Jones: We still don't know. Farms are different than other businesses. You can't just turn the lights off for two months. We have about 150 employees, and crops -- especially microgreens -- ready to go every single day.

Even if we are losing money on this, we had already invested in our product, and it is all coming ready. It’s better to get it out to people.

D2C FYI: Much of the world has been shocked to learn how COVID-19 disruption has led to such massive waste -- milk, vegetables, fruits, flowers -- at a time when there’s so much need and hunger. What are some of the ways you’re trying to let consumers know how much you have available?

Jones: We’re better farmers than marketers, but we’re trying to figure it out. We’re using social media and influencers.

One of the things we’re doing is partnering with chefs to create curated boxes, including artisanal lamb from Elysian Fields. For example, we’ve got Thomas Keller, a long-time friend of the farm and the chef behind the French Laundry and Bouchon Bakery, curating a box that contains a boneless leg of lamb, plus our vegetables.

And then the chef shares a preparation video on Instagram, to show people how to cook [the ingredients]. Other chefs will focus on different cuts and menus.

D2C FYI: This must be frightening. Some industry forecasts say 75% of independent restaurants will be unable to survive the pandemic.

Jones: It’s uncertain and painful. Before this, people were consuming about 50% of meals outside the home, and I suspect the number will go way, way down. I suspect restaurant buffets will be a thing of the past.

Our farm is in an amazing microclimate, in soil that was part of Lake Erie thousands of years ago. It’s some of the best sandy loam in the world.

D2C FYI: What other eating changes do you see as a result of the pandemic?

Jones: I would never wish this crisis on anyone, and I’m afraid for the world. But I believe amazing things will arise. There’s going to be a heightened awareness of eating for health and wellness.

Parents are home with their kids, their pets. They’re cooking more. I think they are praying more -- I know I am.

And best of all, they’re going to garden. I predict 2020 will be the year of the Victory Garden, unlike anything we’ve seen since WWII. When we teach kids to garden, they grow up to be gardeners. So families eating more together, consuming food they’ve grown? That could be a wonderful thing.

d2c, food
2 comments about "Founder's Spotlight: Overnight Pivot To D2C To Save The Farm".
Check to receive email when comments are posted.
Read more comments >
Next story loading