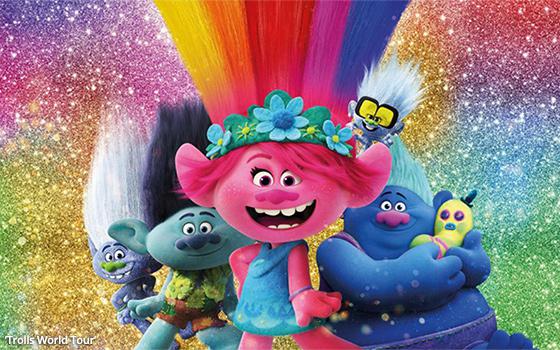 Except for one major release -- NBCUniversal/Dreamworks’ “Trolls World Tour” -- nearly all movie theater advertising has stopped in the wake of COVID-19.

For the most recent month period from March 12 to April 12, there were 8,555 airings of theatrical movies, estimated to have a value of $24.2 million, according to iSpot.tv --  sharply down from the two previous month periods.

“Troll World Tour” -- which released this past weekend on at-home streaming platforms and will be released on April 17 “in theaters” -- has spent an estimated $19.7 million (5,601 airings) in national TV advertising, from March 12 to April 12, and a total of $25 million since mid-November.

The movie’s advertising, which touted “in-theaters and at home,” will include a handful of “drive in” locations” -- thus the in-theater qualifier.

Nearly all non-drive-in theaters -- just under 6,000 in the U.S., totaling 41,000 screens -- have closed in the wake of stay-at-home state orders keeping consumers away.

NBCUniversal, according to analysts, is breaking the long-time, exclusive theatrical window of 90 days by airing the movie on TV platforms at or before its intended theatrical release.

Much of the TV marketing weight has gone into NBC’s “The Voice,” “Chicago P.D.,” “Ellen’s Game of Games” and “Law & Order: Special Victims Unit.”

At home streaming on-demand airing of “Trolls” has a $19.99 price tag for a 48-hour rental period.