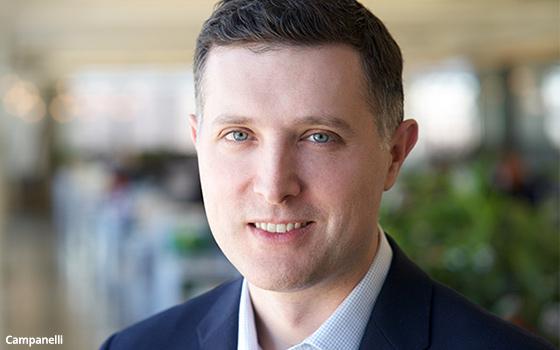 That's one of the few things Campanelli predicts with any confidence in the current fluid environment. Sports content, fall production schedules, ad creative and adjacencies, and certainly media consumption have all been upended. Some clients don’t even have anything to advertise for now. Others have essential products that no longer need advertising to fly off shelves. The impact of this crisis on the mediasphere is as deep as it is diverse.

Campanelli walked us through some of many angles he and Horizon are trying to navigate.

MP: Describe how the crisis hit for you over the last few weeks. How did clients respond and how have you been advising them?

Campanelli: We've tried to take it client by client or category by category. In the QSR space, some have shifted pretty well to delivery. But sales are still hurting in many cases. Casual dining is a little trickier. That, typically, isn't really a delivery business. That's taking a bit of a hit as well.

So, most of those advertisers are looking to do anything from pause to cancel. And in most media types, except national TV, you can do that fairly quickly. Within a couple weeks you have rights to get out of things, cancel things.

National TV is a different story. So there's been a lot of shifting and attempts to cut across the industry and, for the most part, networks have been mostly accommodating. Obviously, they're allowing people out of their upfronts. We've had a pretty good success with networks working with us.

Campanelli: The advertisers and marketers whose business is most dramatically negatively impacted, there's really not a lot that they can do if your stores are closed and you have literally almost zero sales coming in. You need to pull back as much as possible. You'll pull back your advertising before you cut costs in other places, like cutting people or laying people off.

Others have been a little bit of a different story. Our QSR category has done a really good job across the board of pivoting to a delivery message.

MP: Is there a different allocation strategy now for some of these brands, especially, say, QSR that's aiming towards delivery -- does it change the mix?

Campanelli: We certainly are evaluating consumption of media, but TV and OTT are up pretty dramatically in a lot of areas, and we're doing a pretty full analysis for the agency and for our marketers for opportunities to shift from one area to another, to just add spend in certain areas to capitalize on where the ratings spikes are. News, obviously, being one, but news is always a sensitive topic.

So, do we really want to flood news right now? But all areas are up for the most part. Some sports networks are down a bit, but we're doing that analysis to evaluate the entire landscape and see if there are any strategic shifts within portfolios within dayparts to better match current consumption at the moment.

MP: One of the things that I saw in some of the spot metrics the other day is that daytime is becoming the new prime time, at least for now. Is that changing the way you think about dayparting?

Campanelli: Daytime ... everything from the "Good Morning America," "Today Show "or the morning stuff through evening news is all up quite a bit. Daytime gets tricky. There's very little broadcast national daytime -- the soaps and a couple game shows. That's really been limited. So it's heavy local and syndication, which is a little trickier to easily buy into. Obviously, you can buy syndication, but it's not quite as straightforward as buying for the three broadcast networks, early morning or evening news. But daytime has been an area of interest and focus.

MP: Since you mentioned news, one of the stories, especially in digital right now, is ad blocking around keywords related to COVID-19. According to some reports, premium digital news sources like The Times, Washington Post, they're seeing ad blocking hit up to 30% now, which is quite a hit for them. Where are you seeing brand sensitivity around advertising alongside news?

Campanelli: There's definitely a sensitivity around news, primarily an advertiser's messaging being right for that environment. So it's less about what's being covered exactly or that there's anything wrong with the coverage, per se. It's much more about, if I have humorous messaging, if I have non-serious messaging, what is the right messaging to air in that environment? And if you don't have a good creative fit, that's mostly what clients are concerned with.

You don't want a silly, very humorous pre-roll running in front of the newest death toll or illness toll news clip. There's definitely a lot of sensitivity around that. We've tried to counsel clients who, again, have appropriate creative that this is the content people are consuming.

We've done some field research surveys that people are welcoming of advertising, even more lighthearted advertising in news and really in all programming, to make sure people feel comfortable airing there. But we're very, very sensitive to that on behalf of our marketers and are protecting them where we -- and they -- feel necessary.

MP: You've already been researching the ways in which media patterns are changing but, clearly, this is a crisis that is going to have a long-term consumer path impact on disposable income, on how people are making decisions about what they're buying. How are brands rethinking their strategy about their media spend?

Campanelli: That's the million-dollar question. What we do know through history of events and recessions is that advertising through that to maintain your brand awareness and brand favorability is important. Where advertisers are able to do that, we're recommending that advertisers continue to spend and be out there, to stay top of mind, to keep brand awareness up.

Now, it's not for everyone, because there's a lot of advertisers whose businesses don't allow it right now. But we're doing our best to advise those where it does make sense to stay on long term.

MP: Is anybody leaning in? Are there any categories that are really leaning into this and heavying up?

Campanelli: I don't know about heavying up. We've had a few unique situations where certain advertisers' businesses are doing well and that has actually caused them to pull back, too. Packaged goods and some other categories that people are shopping and buying so much. Their business is doing so well that they considered pulling back on media because they don't need it right now. They're selling without it, and deferring it to later.

A big factor was THE NCAA getting canceled -- a whole bunch of money that was displaced. Some advertisers tried to reinvest it back into the marketplace, but plenty [of others] said, "There's so much uncertainty, let's just drop this back down to our bottom line." I think you'll see that with sports quite a bit.

MP: And finally, one last crystal ball question: Where do you think we're going to see permanent change out of this? Are there certain things that you think may not come back or some media buying patterns or habits that you think are going to change permanently as a result of this, or the media landscape itself?

Campanelli: No one's focused on next year's budgets; everyone's focused on April right now. So I don't think there's literally any chance the upfront happens on that normal May/June timeline. I've heard people talk of placing 4Q into scatter and shifting everything to a calendar upfront. So buying first quarter through fourth quarter instead of the traditional 4Q to 3Q, which actually typically lines up a bit better with most advertisers' marketing calendars and budgeting calendars.

If that shift happens, there's a chance that that becomes permanent and the whole upfront buying season shifts to the fall buying on the first quarter through fourth quarter basis. There's been a push for that for years from a lot of marketers anyway. That's something that could permanently change. We'll have to see how the next five, six months play out. But that's definitely a possibility.

MP: Are you fearful at all of the damage to any of the media themselves and the kind of a field you're going to have to buy into?

Campanelli: Not yet. But at some point there will be some concerns about production having halted. And what programming is going to be available to run in fourth quarter? Or depending how long this goes, first quarter? Certainly, the sports world is a concern. If the NFL somehow gets cancelled or even shortened, that's a whole bunch of money in the fourth quarter that we would need to find new homes.