Potbelly: 'This Is The Moment When Brands Are Built' 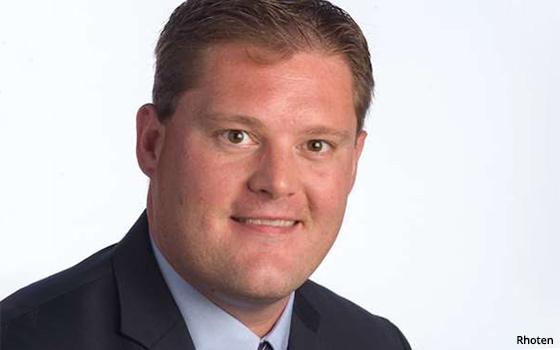 While many brands are responding to the COVID-19 crisis by putting their media plans on pause, Potbelly CMO Brandon Rhoten believes in investing in moments of disruption. The casual dining brand has nearly 500 outlets, almost all of which had to pivot to delivery/takeout models in the last month.

Fortunately for the brand, it was already testing advertising that focused on its growing off-premise business. More to the point, the themes of “comfort food” and needing a break were core brand themes that aligned with customers experiencing the new lockdown culture. Rhoten believes this is a time for better digital advertising, not less.

Of course, the brand values of companies like Potbelly and others will be tested in other ways in coming months. We conducted this interview before reporting showed that Potbelly was among many larger companies to apply for and receive loans from the Paycheck Protection Program, which many argue should have been focused more on small local businesses being impacted by the lockdowns.

Shake Shack, another fast-casual chain that also received a loan, announced it was returning the loan. We followed up with Brandon on the controversy and he provided a statement by Potbelly Chief People Officer Matt Revord: “Like many other restaurants, Potbelly applied for the PPP. Every penny will be used to financially support the employees in our shops. Congress specifically qualified restaurants for the PPP loan program because restaurant workers are vital to our economy.”

[Update: On April 25, Potbelly changed course and decided to return its PPP loan. The company provided the following statement: “Potbelly’s sales dropped dramatically when COVID-19 hit, forcing us to furlough employees, close shops, and significantly cut salaries at all levels of the organization. In order to financially support our in-shop employees, and based on SBA guidelines, we applied and qualified for assistance under the Payroll Protection Program. We were surprised and disappointed when the fund was quickly exhausted, leaving many without help. We are returning the PPP loan after further clarification from the Treasury Department. We will continue to seek alternatives to help support our employees and enable them to return to work so they can serve our loyal customers.”]

MediaPost: From a top-level marketing and communications perspective, describe your first response to the crisis. How did it come to you and what, strategically, was your response?

Rhoten: More than 75% of our sales were people showing up usually on their lunch break while at work and coming into the shops.

The first move was, shore up off-premise. We instituted curbside pickup, which we had never done as a brand. Walk up and call and we'll walk your food out to you. We changed some of our procedures associated with pickup to ensure that it would be not only safe, given the circumstances, but also made sure people knew that we had pickup.

We started promoting free delivery through third-party aggregators, through advertising. We were running a large test to recast the position of the brand and scale media and rework the menu a bit. We took that same creative and that same media plan and adapted it to an off-premise message.

We probably couldn't have created media communications that allowed us to pivot like that if we didn't have a really good team and a good agency partner to do that. We actually scaled media up nationwide, spending what we weren't intending to spend all around off-premise, which was a huge shift for us.

What we've done is move to changing the model a bit. We created a thing called Potbelly Pantry that lets people actually order the ingredients to build anything they want from Potbelly at home. That's been a huge hit. So, a lot of changes.

MP: It sounds like the crisis accelerated some things you were already working on.

Rhoten: Right. We took something that was a regional play as a test and recast it for national use around off-premise. It was intended to reestablish the position of the brand. We took 30-second videos and a lot of programmatic and a lot of social content and chopped it up into little pieces so it could be adapted for an off-premise message.

MP: From the creative side, how did the messaging change in tone and style? Potbelly has an antique store ambience that is central to the brand.

The creative that we produced, fortunately, had this moment in it that we could still express: break and relax. We took what were 30-, 45-, 60-second videos and chopped out the parts that emphasized the environment… . Instead, [we] focused on the fact that Potbelly was a thing that was delivered to your home or something that you pick up curbside and still provides you that break.

We think the base position is still very valid. If you don't take a break, you're going to burn out.

Rhoten: A lot of people are doing that. Look at Nike, talking about exercising in your hallway. For them, it's the same sort of deal at a much different scale than us. I think we found the nugget of truth and were able to pull that forward and feel like it's a valid message. We're seeing it in our media results, we're experiencing good media results from that execution.

Rhoten: A lot of their business is dependent on independents, on smaller restaurant chains. Because of that, there's actually pressure on them to help these guys survive and help some of the newer players survive. We were a bit worried when it started to go down.

We've actually found a bit the opposite of that. Some, especially DoorDash and GrubHub, have been very receptive to assisting and providing opportunities for us to be known.

I'd say that's true of our media partners as well. I'd say Yelp is a great example. They've been awesome, reaching out to help us.

Facebook's been awesome. I've been on the phone with all these guys. We're saying, "Help! We need help with this, we need help with that. Helping out with fees, with this and that. They're more receptive to conversation than I'd feared.

MP: What has been the biggest surprise for you, as a company or for you as a marketer in this environment?

Rhoten: The biggest surprise was the suddenness of it. There are going to be a lot of brands that don't survive this, but I'm actually surprised there's been as many that have held on even for the duration we're at now.

I'm also surprised that more aren't marketing. CPMs on a lot of platforms dropped. A lot of partners are willing to help.

If you're a smart marketer right now, I bet you are investing in your business. This is the moment when brands are built. Every study says that when choice is limited and stress is applied and industries are under pressure, the brands that step out and say what differentiates them and communicate that to consumers come out stronger. I'm surprised more brands haven't stepped up.

MP: What do you think is going to be the most permanent change aside from, say, maybe thinning the herd or greater reliance on delivery?

Rhoten: People are not going to accept digital experiences that are garbage. Everybody who never tried a third-party delivery platform is trying it right now. What that means is the expectation around whether does that work well or not is going to go up. As a company, that's what we're talking about right now. Digital marketing is going to be under pressure in a good way.

People's tolerance, given the amount of consumption right now across social platforms, across streaming services, across everything that's ones and zeros, the tolerance for really bad, poorly done targeting, poorly done creative, poorly done media buying in those platforms is going to go down.

Digital marketing's going to get a big boost out of this because the quality's going to need to be higher and because when push comes to shove, out of home is irrelevant right now.

A lot of traditional media is just irrelevant at the moment. If I had put 75% of my media budget in upfront television advertising, I would not have the flexibility to do the right things sometimes.

A lot of brands are positioning themselves as the good guy in the crisis. That's a good thing, but it could also backfire if you're not careful.

It's awesome that a spirits manufacturer would transition into making hand sanitizer, that's great. We're delivering a lot of sandwiches to hospitals right now, in many cases for cost or for free. We're just trying to help first responders the best we can.

People are eventually going to get sick, though, of brands patting themselves on the back because of the things they're doing.

MP: It's really interesting. The through line in what you're saying about digital and brand and marketing is that we're going to come out of this with a lower tolerance for crap and bullshit.

Rhoten: You know what, I think we need it. The amount of bullshit in advertising is nuts. The amount of bad media planning and buying, the amount of terrible creative is nuts. We've all seen it. We've seen the ad that's been running for 20 years that should have been taken off the air five or 25 years ago.

We've all seen the creepy retargeting that's clear you're not treating my data well. The wonderful thing about pressure is that it eliminates the waste. It eliminates the garbage. That's what's happening. We're simmering right now and all the steam coming off is the bullshit -- hopefully.

Once we get out of this, I hope we're better marketers, we're better companies, and frankly, we're a little better people. You should know how to use your stove at your house."

You can listen to the full interview with Brandon in episode 1 of Steve Smith's Brand Insider Podcast.