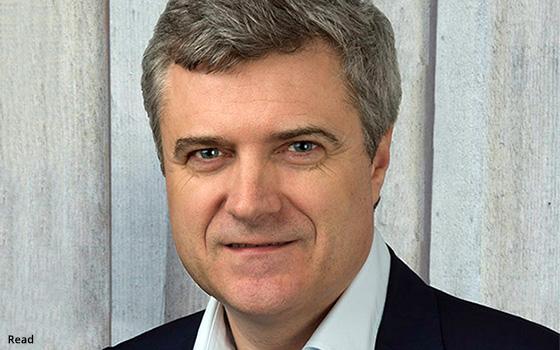 WPP reported a 4.9% decline in revenue from continuing operations (which excludes the impact of the sale of Kantar) to £2.4 billion ($3 billion) with a 3.3% dip in organic net revenue.

Like other holding companies that have reported first-quarter results, WPP’s March numbers dragged the quarter down as the impact of the pandemic kicked in.

North America was the best performing region with an organic decline of 1.9%, bolstered in part by pre-pandemic efforts to shore up performance there. The UK was down 4.2%, Western Europe down 3.7% and the rest of the world down 4.6%.

China, where the COVID-19 crisis began late last year, was down 21% in the quarter. The good news: The country appears to be making a fairly rapid recovery. WPP said that 90% of its workforce there has returned to the office. The remaining 10% will continue to work remotely, which CEO Mark Read told analysts Tuesday reflected one lesson learned during the pandemic: remote work has been highly effective during the crisis and will likely be baked into the company’s operating model going forward.

In China, retail sales are rising and auto sales in the market were up 14% in April -- a hopeful sign that other markets may recover quickly once the COVID-19 curve has been flattened.

That said, the company is bracing for a significant hit to revenues in the second quarter, as are the other major holding groups.

The company earlier outlined a range of cost reductions estimated at between £700 and £800 million for the year including travel limitations, foregoing awards shows, hiring freezes and salary cuts and some layoffs, among other measures.

The company will also put some full-time staff on part-time schedules. The benefit there is twofold — savings while also being able ramp up quickly once recovery starts.

Read told analysts that 95% of the company’s workforce quickly and effectively transitioned to working remotely in mid-March, utilizing technology to create and execute work faster than in normal times. “Campaigns that that would have taken two to three months to complete are now being done in two to three weeks,” he said.

We are learning new ways of working,” he added, noting that changes will occur post-pandemic in the production, media and technology operations. Back office efficiencies will also be tapped.

He also said the company was making an effort to communicate more effectively with staff via remote town halls and a new effort dubbed “WPP TV,” a four-day a week half-hour program with company updates designed to create a greater “sense of community.”

Media agencies are focused on helping clients shift to channels with greater ROI. Use of digital and ecommerce channels surged in the quarter while national TV held its own. Newspaper, local TV and radio and in-theater media took big hits.

Resilient categories included CPG, technology and healthcare while cars, luxury goods and travel were down sharply.

As for the return to “normalcy,” the company is planning market-by-market.

“Very little has been left unchanged,” said Read, adding that the crisis has reinforced the fact that creative and technology are “equally important” for the company as it moves forward.

While the full-year financial outlook is not clear the company is planning for a range of outcomes, from flat sales to a decline of as much as 40%, said CFO John Rodgers who was also on the analyst call. “We’re planning for the unknown,” he said. “There is no clear view but we do have a view of how to respond to the different scenarios.”

While first-quarter numbers were down, new business development was robust — the company had roughly $1 billion new wins (based on annualized billings) led by WPP’s selection as Intel’s new global creative agency.