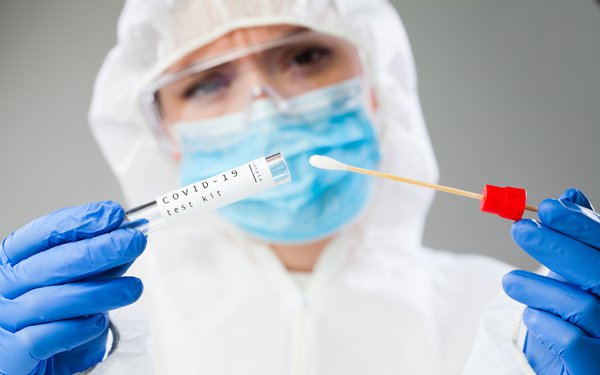 Horizon Media is out with research that finds Americans have mixed opinions about priority COVID-19 testing for professional athletes as part of a proposed strategy to get sports league competition up and running again.

Dr. Anthony Fauci, the nation’s top authority on infectious diseases has supported to the idea of a “bubble” concept to have pro sports leagues return to action if games are played without fans, and players are quarantined in hotels and tested every week for COVID-19. 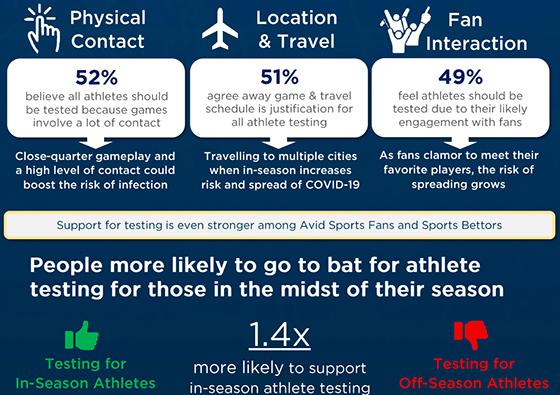 Overall eight in 10 of those surveyed agree testing should only be based on symptoms and risk. But younger sports fans (ages 18-34) are significantly more likely than those over age 55 to support athletes getting priority testing.

These younger fans are also more likely to say they don’t know what to do without sports, oftentimes seeking out alternative sports content to fill the gap.

There are several overarching reasons why many people are against priority testing for athletes. Two in three (66%) nix the proposal citing unfair preferential treatment towards athletes. Others feel that sports should continue to be on hold to avoid unnecessarily exposing players to the virus.

Three factors, however, help people become more amenable to the preferential testing idea. For one, 52% believe all athletes should be tested because the extensive close contact during games and practices boosts the risk of infection. A similar percentage (51%) agree that extensive travel schedules justify the testing.  And 49% understand fan interactions increase their exposure levels.

People are more likely to support athlete testing for those in the middle of their season, while sports fans, perhaps unsurprisingly, are nearly twice as likely as non-fans to endorse both in- and off-season testing. Further, avid sports fans and those who gamble on sports are twice more likely than the general population to agree with the statement that athletes worked hard to get where they are and they should be able to use money or fame for testing.

Most just want leagues to restart the action. Nearly three in four (72%) support “fanless games,” while 58% endorse Fauci’s bubble league pitch. More than half (53%) say starting games even without fans would be a return to normal. The majority of non-fans (56%) and avid fans (66%) think people need an escape during quarantine, and fanless games or bubble leagues would help provide that.

Horizon believes these findings underscore the tough road ahead for leagues as they attempt to return post-pandemic. Though fans are supportive of the leagues restarting their seasons, sensitivity around this issue exists, they say.

Nonetheless, as testing availability becomes more accessible to all people, concerns about athletes being moved to the front of the line will likely begin to ease.