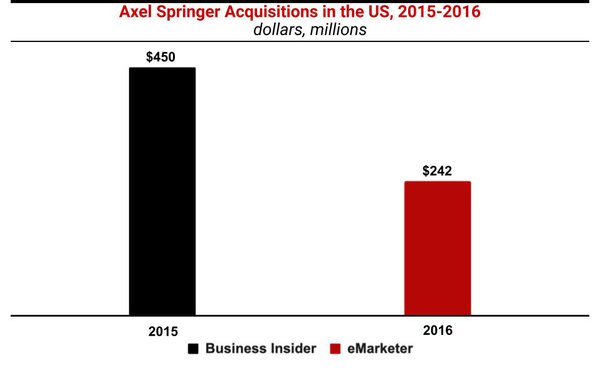 The consolidated research division will be known as Insider Intelligence, and the company said it was integrating the two assets to “better serve its clients needs across our research and media businesses.”

“We are well underway in developing a unified research platform, which we expect to launch this year,” Insider Intelligence President Barbara Peng said in a statement, adding: “Our aim is to provide a frictionless experience for all of our clients through improved and expanded features and functionality. The platform will be home to the leading-edge research produced by our combined team.”

Axel Springer paid an estimated $242 million for eMarketer and $450 million for Business Insider, which also includes a variety of business and financial news services.