This Would Have Been Upfront Week, If Not For COVID 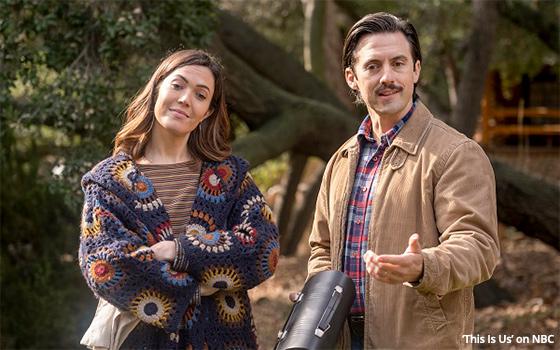 For better or worse, like them or not, this week would have been that annual rite of spring in New York known as Upfront Week.

But now, for reasons everyone is aware of, Upfront Week has been canceled. Thanks to a contagious disease, there will be no pressing of the flesh or saving of seats this year.

Instead, the broadcast networks and their parent companies have devised various mechanisms for addressing their constituents virtually.

For example, NBCUniversal is mounting a streaming event Monday morning titled “One Industry Update,” in which the company is expected to announce various sales initiatives affecting all of the NBCU platforms.

In its communications with journalists, the company has emphasized that this event is not to be considered a substitute for an upfront presentation. Seeing no harm in doing so, the TV Blog hereby agrees to play along with that.

By contrast, ViacomCBS is positioning a two-day virtual event next Monday and Tuesday (May 18-19) as an upfront. The event is titled “ViacomCBS Upfront @ Home.”

According to published reports, Disney (including ABC) is mounting some sort of “virtual roadshow” in which it will make a series of virtual presentations the week of May 26. And Fox has already been holding events it is positioning as virtual town halls.

The biggest question overriding all of the presentations is this: When it comes to content, what are they presenting?

Due to the pandemic and its restrictions, the feasibility of producing new shows in time to actually have a fall television season is completely unknown at this moment.

For its part, CBS last week made several announcements concerning its hoped-for fall lineup that would indicate that the network and its parent are reasonably confident that the restrictions will be relaxed in time to produce shows this summer.

The network renewed 23 shows, and announced that it ordered three new ones to go into production -- the dramas “Clarice” and “The Equalizer” (starring Queen Latifah), and a comedy called “B Positive.”

The other networks’ plans for the fall are more uncertain since they have said practically nothing. Various renewals are already known, however, such as “This Is Us” on NBC (pictured above).

And whatever the networks cannot produce in the summer for the fall, they might have a chance of producing in the fall for the winter. Thus, a winter season starting in January might loom larger than the traditional fall season this year.

Of course, none of these questions would have arisen at all if it had not been for the intrusion of COVID-19.

If not for the pandemic, today (Monday, May 11) would have been Day One of Upfront Week, starting with NBCUniversal at Radio City Music Hall. Fox would have been this afternoon at the Beacon Theatre.

ABC/Disney would have been Tuesday afternoon at Lincoln Center (featuring Jimmy Kimmel's annual monologue trashing all of television). WarnerMedia would have had one on Wednesday morning.

And on Wednesday afternoon, CBS (or probably ViacomCBS) would have been at Carnegie Hall.

The week might have ended with the CW upfront at City Center on Thursday morning, although perhaps the CW would have been included in a grand, all-inclusive ViacomCBS presentation on Wednesday.

Oh, well. Good-bye to all that. As a journalist on the TV beat, I have mixed emotions about these annual events. I have been attending them since 1986 -- not every year since then, but most of them.

As the years went by, my feelings about them went through several changes. Some years back, I went through a period of dreading them. Then, for a brief time, I had no access to them. And to my amazement, I missed them. I have appreciated them a lot more ever since.

I eventually came to realize that these events provide an annual peek into how the networks work and how they perceive themselves. For a journalist, Upfront Week is an annual check-in with the TV industry. It is extremely valuable.

The events are also hugely entertaining. And if they seem old-fashioned in a Barnumesque kind of way, then so be it. Even if no one really “needs” the upfronts to do upfront business, I find them irresistible.

The feeling reminds me of the great sentimental ending of “Annie Hall,” when Alvy Singer (Woody Allen) tries to explain why human beings insist on forming relationships even if they don’t work out a great deal of the time.

Having just left Annie for what was likely the last time, he says, in a voiceover: “I thought of that old joke, you know, this guy goes to a psychiatrist and says, ‘Doc, uh, my brother’s crazy. He thinks he’s a chicken.’ And, uh, the doctor says, ‘Well, why don’t you turn him in?’ And the guy says, ‘I would, but I need the eggs’.”

To paraphrase the rest of it, that's pretty much how I feel about the upfronts. They are totally irrational and crazy and absurd, but I guess we keep going through it because most of us, we need the eggs.

covid-19, events, streaming, tv, upfront
1 comment about "This Would Have Been Upfront Week, If Not For COVID".
Check to receive email when comments are posted.
Next story loading