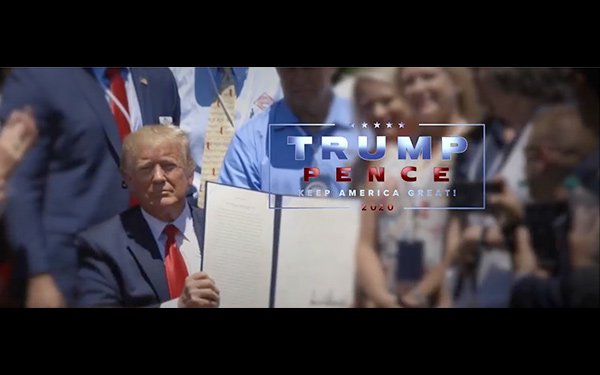 The Donald J. Trump for President campaign has ramped up spending on national TV networks over the first two weeks in May -- on Fox News Channel, HGTV, and three big major TV broadcast networks.

Trump has spent around $1.64 million for 11 spots which had 179 airings, yielding 170.8 million impressions, according to iSpot.tv.

Between May 2 and May 8, the Trump presidential campaign had 1,737 airings on local TV for the ad “American Comeback” and 982 airings for a COVID-19 commercial called “He Does It His Way,” according to Advertising Analytics.

Over the same period, the Trump campaign spent $1.8 million in digital advertising on some 9,490 pieces of creative on Facebook and Google.

For that week, $19.8 million in political advertising was spent in local TV for 514 elections.

On national TV networks, the next-biggest political advertising spend, according to iSpot.tv, was the National Urban League with 49 airings of commercials and $395,253 in spending, yielding 4.44 million impressions.

Unite The Country was next with a spend of $152,608 on 27 airings of commercials, yielding 49.4 million impressions.